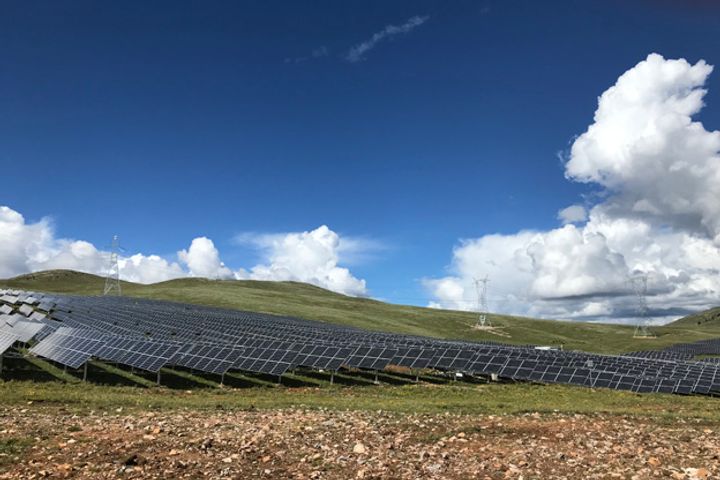 The facility, located at over 4,000 meters above sea-level in the Tibetan Autonomous Prefecture of Garze, was commissioned in June by State Power Investment Corporation, one of China's big five power generators.

The station provides targeted poverty relief to over 3,500 households, Wang Fuwen, general manager of SPIC's Garze branch told Yicai Global, adding that local people will receive benefits from the facility for over 20 years.

Located at the junction of Sichuan, Tibet, Qinghai, Gansu and Yunnan, the Tibetan area of Sichuan province is China's second largest Tibetan area and also a major connector from China's mainland provinces to Tibet.

Previously, people in the Tibetan area had unstable incomes, mainly based on raising cattle and sheep and planting potatoes, with annual revenue per capita of between CNY1,000 (USD146) and CNY4,000.

The station's construction and operation also provide new jobs for local people, Ge Rong, Party branch secretary for Ledou Village told Yicai Global, adding that some 800 out of over 900 people in two villages once worked in the station.

Ge said that his village increased annual revenue by CNY2 million through the project and every household income increased by CNY7,000 to CNY8,000 on average.