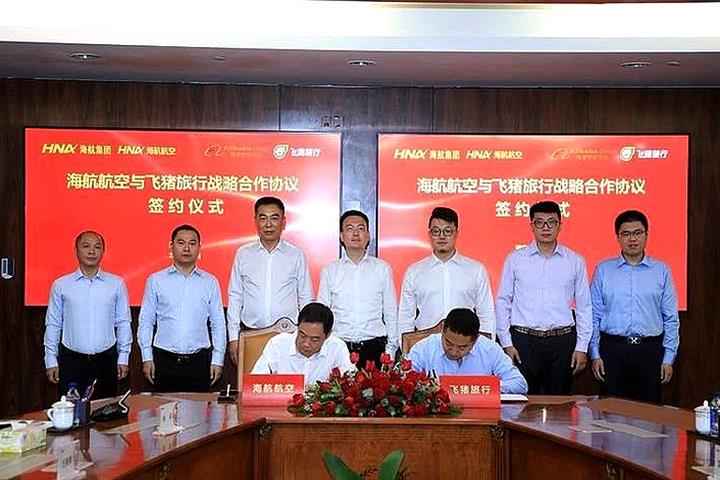 The pair signed a cooperation agreement under which HNA's airlines will launch live-streaming shows and sales promotions on the travel platform, CAAC News reported on its website, citing the deal.

The Haikou-based aviation company has jumped on the bandwagon of trendy live-streaming to boost sales during the virus-hit year this year. The shows of its eight airlines attracted nearly 9 million views last month.

Fliggy will give full play to its capabilities in terms of users, traffic, data, and platform construction to help HNA improve the quality of its marketing campaigns while striving to take advantage of Hainan free trade port's favorable policies, the report added.

Since February, Fliggy has debuted more than 36,000 live-streaming shows with over 520 million viewers. The flight and hotel bookings platform has access to Alibaba's more than 800 million monthly active mobile users.