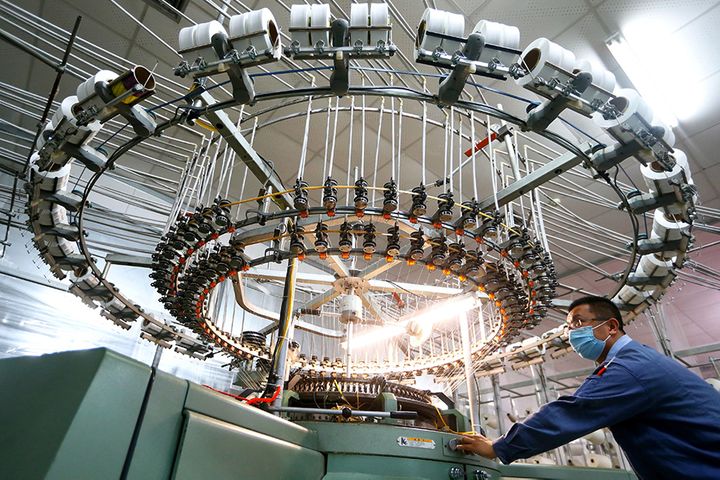 (Yicai Global) Nov. 14 -- China has attached great importance to the manufacturing sector's development since the start of this year, with both the central and local governments issuing policies to promote high-quality growth, the National Bureau of Statistics said today.

As a result, secondary industry's fixed-asset investment saw a yearly gain of 2.3 percent in the first 10 months, 0.3 percentage point higher than that of the first nine months, indicating a faster pace of recovery, it added.

National fixed-asset investment, excluding farming, stood at CNY51.1 trillion (USD7.3 trillion), of which primary industry accounted for CNY1.1 trillion, a 2.4 percent decline from a year earlier; secondary industry made up CNY15.2 trillion, a gain of 2.3 percent; while investment in tertiary industry rose 6.8 percent to CNY34.7 trillion.

The National Development and Reform Commission issued a revised Catalogue for Guiding the Adjustment of the Industrial Structure on Oct. 30 aimed at accelerating the pace of industrial restructuring and upgrade, which had more than 900 manufacturing-related entries, making up 60 percent of the total.

Hangzhou, the country's key internet sector city, released a New Manufacturing Plan, proposing to speed up development of the manufacturing sector with digital services. The eastern city's total industrial output value will reach CNY2.5 trillion by 2025, and the added value of industrial companies above a designated size will hit CNY680 billion, with an average annual growth of 10 percent.

"There was a view that the higher the proportion of the tertiary industry, the more modern the economy is. This is wrong," Peng Peng, vice president of the Guangdong Provincial Economic Reform Research Association, told Yica Global. "The hollowing-out effect on industry is very dangerous. A big economy should maintain a considerable proportion of manufacturing."