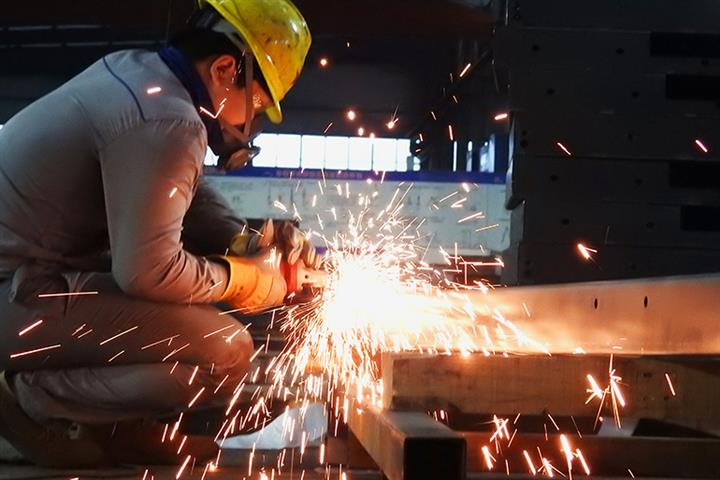 (Yicai Global) April 27 --Profits at China’sindustrial companies soared 137 percent in the first quarterdue to a low base of comparison last year and a resurgent economy.

Profits at firms with annual revenue of more than CNY20 million (USD3.08 million) reachedCNY1.8 trillion (USD282.2 billion) in the three months ended March 31, according to figures the national Bureau of Statistics released today.Compared with the same period of 2019, profits jumped 50.2 percent.

China’s economy was hit hardest by the coronavirus outbreak in the first quarter of 2020, when profits at major industrial firms plunged 36.7 percent.

The data also revealed that nearly 40 percent of firms in 41 major industrial sectors doubled their earnings in the first quarter, while those in 39 sectors logged year-on-year growth. Of the remaining two, one turned a profit, and the other narrowed its loss.

Automakers’ profits led all the major industrial sectors, ballooning 8.43 times. Other notable increases were a 4.71-fold gain at non-ferrous metals smelters, a 3.88 times increase at ferrous metals processors, and 3.43-fold jump at producers of chemical raw materials and chemical products.