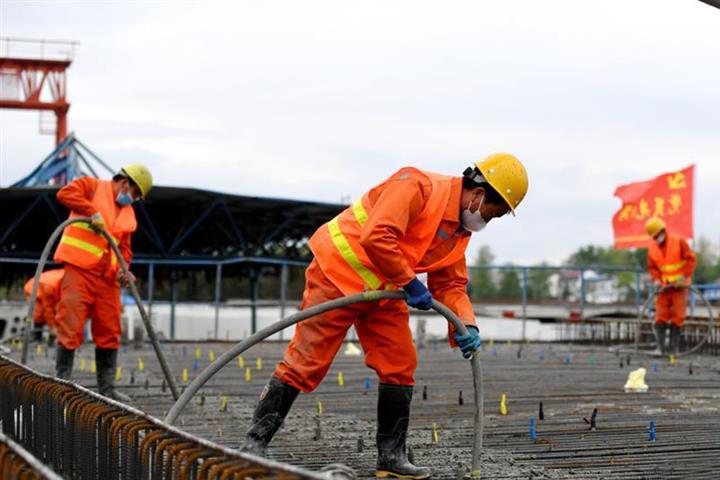 (Yicai Global) April 14 -- Infrastructure construction has gathered pace across China as the government ramped up funding to spur investment in the sector following basic containment of the novel coronavirus outbreak.

Total excavator sales, an important indicator of the vitality of an economy as demand is usually backed by growth in mining and infrastructure development, hit a record high of 49,408 last month, up 11.6 percent year on year.

The industry data, which suggest a rebound in activities, was in line with the excavator index tracked by leading construction gear maker Sany Heavy Industry Co., Ltd. that showed infrastructure construction had recovered to the average level seen in 2019 since March 20.

In another sign of recovery, production and prices of construction materials, including cement and steel, saw visible climbs. Data from the Ministry of Industry and Information Technology showed work resumption rate of the cement industry reached 94 percent as of April 6.

"Demand in the construction industry has basically recovered to last year's level driven by new and resumed projects," said Xu Xiangchun, an analyst with mysteel.com.

As China looks to quicken the issuance of local government bonds, which are mainly used on infrastructure, investment in the area is likely to see double-digit growth this year.