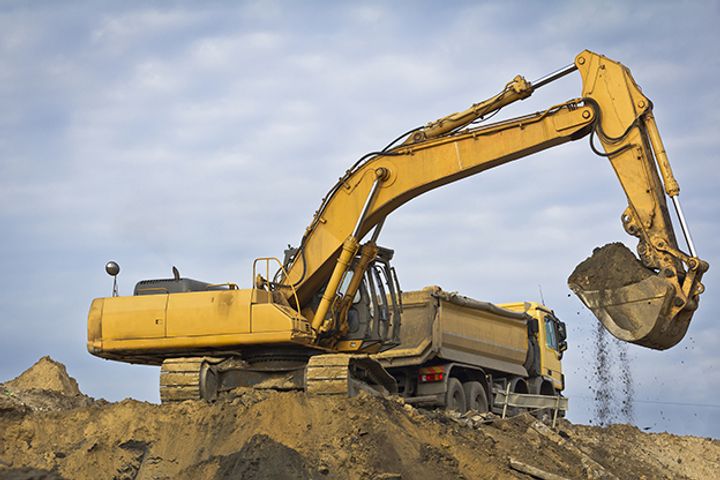 (Yicai Global) Aug. 21 -- Demand for construction machinery has boomed in the first half as firms in the sector look to upgrade their equipment to adhere to stricter environmental policies and prepare for rise in infrastructure spending, according to experts interviewed by Yicai Global.

Excavator sales were a top performer, growing 58.7 percent from a year earlier to 131,246 units over the first six months, according to data from the China Construction Machinery Industry Association. The figures were extracted from 25 mainstream manufacturers.

The rapid rise in sales has also led to a substantial increase in profits, such as at major equipment maker Sany, which forecast on July 30 that its first half haul would fall between CNY3.25 billion (USD475 million) and CNY3.6 billion, possibly more than tripling profit for the same period last year.

Peak growth in excavator sales tends to follow about a year behind rapid expansion in infrastructure investment, said Liu Zhe, deputy director of the Wanb Institute, adding that data is not an indicator of a simultaneous rise in infrastructure spending.

Another factor in the fast growth was strong exports, according to Zou Runfang, an analyst at Tianfeng Securities. Total export volume, including those to Hong Kong, Macao and Taiwan, reached a record 1,723 units over the period, he said, predicting that outbound sales will continue to rise in July.

Infrastructure investment may not have been the key to the rise in excavator sales last year, but scholars interviewed by YicaI Global do believe that such spending will recover in the second half of the year.

Wang Jun, chief economist at Zhongyuan Bank, expects that with policy support there will be significant growth in infrastructure outlays. Relaxing government's economic policies is a gradual process and the market has been waiting a long time for this, he added, saying that the second half of the year is typically when new projects begin.

This year's second half could see such investment tallying trillions of yuan (hundreds of billions of dollars), according to Liu, who said local government financing has already begun to accelerate.

Peng also believes there will be more public-private partnerships in the second half backed by improved compliance and a focus on the quality of partnerships rather than quantity.