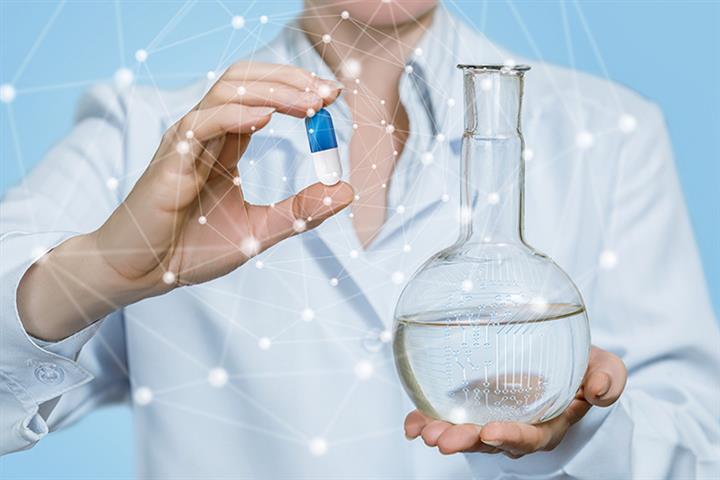 (Yicai Global) Oct. 16 -- China's innovative drug industry has advanced quickly in the past few years, partly spurred by a regulatory reform launched in 2015.

Chinese drug authorities started to approve class-one innovative drugs developed by local companies in 2017 and only one new product got the regulator’s go-ahead. Since then, the number of green-lighted drugs increased year by year to 36 last year, according to data from the China National Pharmaceutical Industry Information Center.

The total number of new permitted homegrown medicines that have active substances not approved before was 72 between 2017 and 2021.

China is narrowing the gap between it and the United States as the Asian country's approval figures are on par with those of the US with similarities in medicine categories, Sinolink Securities wrote in a recent research note. The difference in approvals between the same types of drugs in China and the US is gradually shortening.

As the business of local firms is booming, several talents who used to work for multinational drug companies have jumped ship. For example, Wu Xiaobin, former general manager of Pfizer China, joined BeiGene in April 2018.

The financing landscape is also improving. Since 2018, the Hong Kong Stock Exchange has permitted listings of unprofitable biotech firms, which has eased fundraising pressures for local medical startups, and at the same time, offered a new exit channel for venture capitalists.

In addition, since 2018, the National Healthcare Security Administration has become quicker in including more innovative drugs in public health insurance, facilitating monetization.

Domestic companies have been making significant increases in research and development spending in recent years as the related compound annual rate of growth has reached 28.3 percent since 2018, according to Sinolink Securities.

Some Chinese companies have licensed their new products for the use of multinational pharmaceutical companies to accelerate their overseas market access. In July, Sichuan province-based Kelun Pharmaceutical and Hebei province-based CSPC Pharmaceutical Group authorized overseas drug firms to further develop their innovative drugs in the pipeline, and each of them is expected to earn over USD900 million. This would have been simply unimaginable 10 years ago.

Besides products, domestic companies are also licensing their technologies. For example, cancer treatment developer Adagene announced in March that it has struck an exclusive agreement for research cooperation and technology licensing worth up to USD2.5 billion with Paris-headquartered Sanofi.

Firms conducting technology licensing can secure bigger returns with lower development costs, Peter Luo, chairman of Adagene, said to Yicai Global. But the premise is that the firm has, in fact, developed proprietary world-class technology, he added.