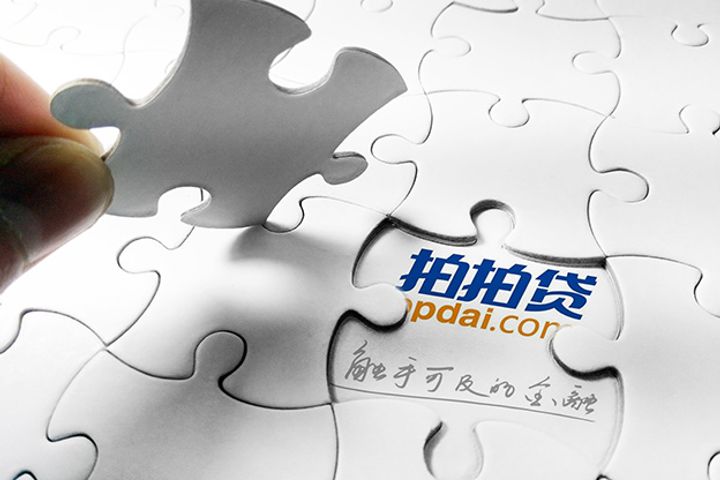 (Yicai Global) Dec. 14 -- China's listed internet finance platforms have achieved steady business and earnings growth in the third quarter, a review of their financial reports reveals. However, they are under increasing regulatory pressure and measures designed to prevent financial risks.

Chinese peer-to-peer (P2P) lending firm PPDAI Group, Inc. [NYSE:PPDF] posted operating income of about CNY1.25 billion (USD189 million) and a net profit of CNY541.4 million in the third quarter. The results are respectively 244.9 percent and 179.8 percent higher than those recorded for the same period of last year.

The value of loans transacted on the firm's website totaled CY21 billion in the quarter, up 256.5 percent. The total number of active lenders jumped by 207.5 percent to 4.5 million. The average loan value came in at CNY2,542, and average loan period at 7.3 months, per the company's unaudited quarterly report released yesterday. As of Sept. 30, some 9 million lenders and 522,000 investors had carried out transactions on the site.

Qudian logged total profits of CNY650 million, the highest of the companies. Yirendai's net operating revenues increased by 28 percent on the quarter and by 73 percent on the year to CNY1,51 billion. Hexindai Inc.'s [Nasdaq:HX] net profit swelled by 784.8 percent compared with the previous year. China Rapid Finance has remained in the red in the third quarter, but operating losses have substantially declined. The firm is expected to swing into the black in the fourth quarter.

Per the notice, interest and other fees that P2P lending service operators charge on borrowers must conform to provisions set by the supreme court concerning private loan interest rates. Qudian, 9Fbank.com and Weshare Financial slashed their overall interest and fee rates to less than 36 percent immediately after the announcement of new rules.

PPDAI phased out upfront fees for all loans processed on its website earlier this month, replacing them with monthly charges. The overall interest and fee rates would be cut to below 36 percent across the board from Dec. 13, it said.