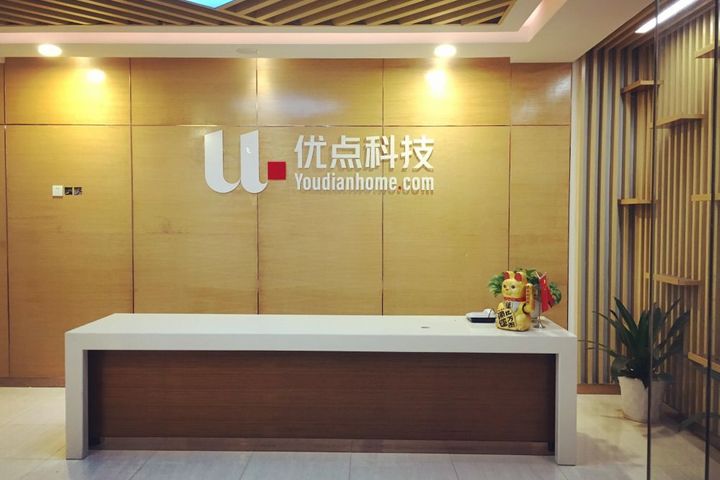 (Yicai Global) May 29 -- China's Internet of Things startup Youdian Technology raised CNY140 million (USD22 million) in series A round of funding, which brings the valuation of the company to over CNY700 million. It comes at a time when China's IoT market is projected to enjoy a compounded 15 percent of annual growth in three years.

Northern Light Venture Capital led this round of financing, followed by Taiwan's electronics giant Foxconn Technology Group, reported news portal Tencent Yixian today. There was no statement as to how the company will use the new funds.

IoT is the interconnection of physical devices, whether it is in a car or in a building, which allows information to flow freely, but is controlled through a remote network.

China's ministry of industry and information technology estimates that the country's IoT market will reach USD166 billion by 2020. China leads the world in the adoption of machine-to-machine, or M2M, services, with 336 million connections expected by 2020, said an IoT industry report prepared by Sweden's investment agency, Business Sweden.

Shenzhen-based Youdian was established in October. Its founder, Liu Jiangfeng, was the former president of Huawei Honor Brand at Huawei Investment & Holding. The company is mainly engaged in the research and development of IoT-enabled smart home products, with smart door locks and security devices as its flagship products.

Youdian is committed to creating an industry-leading smart home ecosystem with distinctive experience through industry consolidation, investment and mergers and acquisitions, it says on its website. It has two major R&D centers in Xi'an, capital of the northwestern Sha'anxi province, and Xiamen, the southeastern Fujian province, with representative offices in Beijing, Shanghai and Guangzhou, southeastern China's Guangdong province.