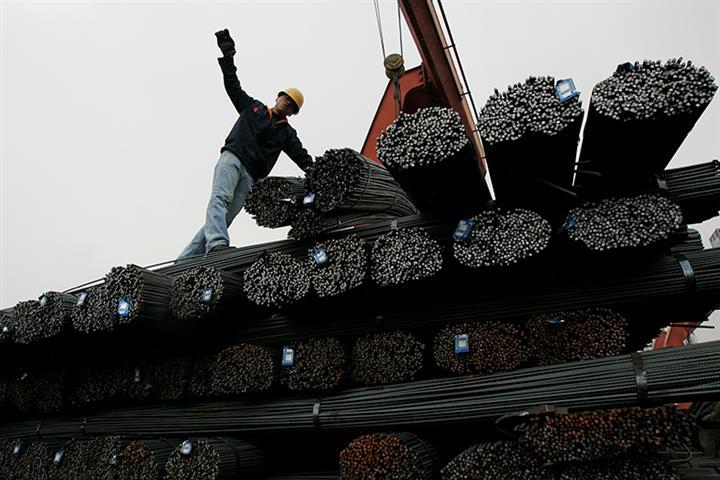 (Yicai Global) Dec. 7 -- The China Iron and Steel Association has called on the authorities to intervene after the price of iron ore imports soared last week and the Dalian Commodity Exchange promised to crack down on illegal transactions.

Iron ore prices surged over three consecutive days last week. Platts’ price index for the main ingredient used in steel climbed by USD7.50 on Dec. 4 to an eight-year high of more than USD145 a ton, a 50 percent increase from the start of the year. The most-traded iron ore futures contract on the DCE jumped as much as 4.24 percent to a seven-year peak of CNY974 (USD149).

The price of iron ore imports has lately taken leave of the fundamentals of supply and demand. Artificial strains such as abnormal bids that boost the price index and a short squeeze as the delivery month looms have all bedeviled the futures market, Luo noted as he called on market overseers to intercede forthwith.

The DCE advised enhanced risk control on Dec. 4 and imposed a trading limit on the I2105 contract. Daily trading volumes for individual investors and companies that are not members of a futures dealer may not top 10,000 100-ton lots, it said.

The DCE recently instituted a regulatory coordination mechanism for iron ore, among other commodities, to probe market transactions and come down hard on illegal deals, the exchange noted.

Port inventories of iron ore have fallen for three weeks in a row, ending an 11-week increase, but are still hovering around an annual high, said He Hangsheng, a steel analyst with leading China commodities data provider SunSirs, according to the Securities Times.

Blast furnace operations have now steadied after dropping to 86 percent of capacity. Foundries must do their year-end restocking, but are daunted by high ore prices. Inventories have been declining mainly because of fewer ship port calls, but rising volumes of cargo in transit and high average daily throughput at ports mean stocks are poised to rebound.

Loose supply and demand will remain unchanged and put a brake on price gains.