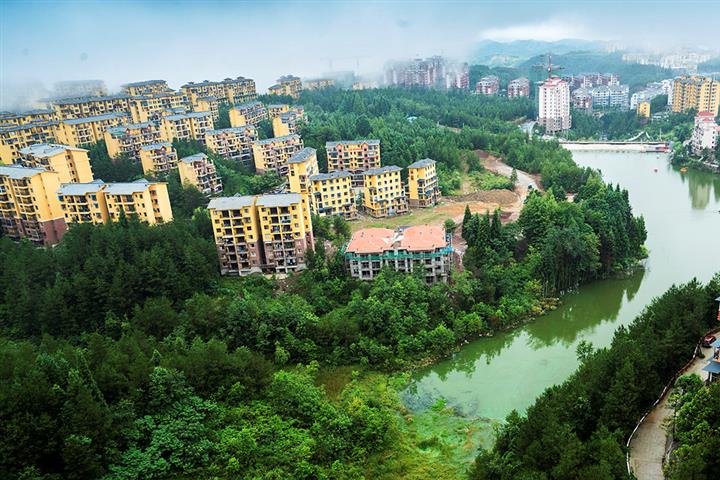 (Yicai Global) April 27 -- China may be the first country in the world to have reached a 96 percent urban home ownership rate, according to the central bank.

In an article the People’s Bank of China published in its China Finance journal today it also noted that the bulk of assets held by urban families is physical.

Home ownership in developed countries is mostly around the 60 percent level, according to data from Trading Economics. In the US, the figure was 65.1 percent at the end of last year, US Department of Commerce statistics show. The PBOC report puts China’s home ownership 28.5 percentage points ahead of the US.

The average wealth of urban households is CNY3.18 million (USD449,200), with a median value of CNY1.63 million, per the report. The difference between the two is about CNY1.55 million, indicating an uneven distribution of household assets.

Beijing, Shanghai and Jiangsu province ranked as the top three for family riches, with CNY8.9 million, CNY8.1 million and CNY5.1 million, respectively. The lowest three provincial-level units are the Xinjiang Uyghur Autonomous Region and Gansu province in northwestern China and Jilin province in the northeast.

Mortgages constitute the bulk of household debt. Some 77 percent of indebted households have home loans averaging CNY389,000, making up over three quarters of total household debt.
The PBOC’s urban resident household assets and liabilities research team from its Statistics and Analysis Department canvassed more than 30,000 households in 30 provinces, autonomous regions and cities across the country in mid-to-late October.