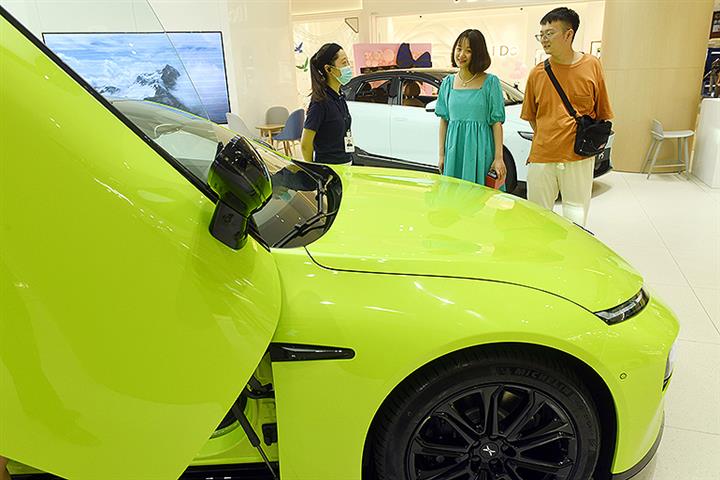 (Yicai Global) Sept. 20 -- China will make a big push to stimulate consumption as a way to bolster the economy, according to the country’s state planner said. Big-ticket items will likely be the focus of any new policies, experts said.

China plans to introduce new measures to promote a recovery in consumption, Meng Wei, a spokeswoman for the National Development and Reform Commission, said at a press briefing in Beijing yesterday.

A new round of policies to stabilize growth and boost spending, especially on autos, home appliances and housing, helped to increase retail sales of consumer goods for a third straight month in August, with sales rising by 5.4 percent from a year ago, the fastest clip in six months.

Consumption is improving marginally, Wang Han, chief economist at Industrial Securities, told Yicai Global. With better prevention and control of Covid-19, consumption is expected to steadily pick up as people scale down their precautionary savings, he said.

Big-ticket items such as cars and homes, which have an important place in the consumer market and have room for growth, are expected to remain the focus of policies to bolster consumption, according to experts.

The car industry has grown soundly this year, playing a positive role in stabilizing the economy, Meng said. In the first eight months of the year, production and sales of new energy vehicles more than doubled from a year earlier.

Lower purchase tax on some passenger cars and auto purchase subsidies played a positive role in promoting sales, according to the China Association of Automobile Manufacturers.

More targeted policies will also be needed to underpin the recovery in consumption, Peng said, along with steps to repair real estate demand by stabilizing the property market and maintaining the healthy development of the construction sector.