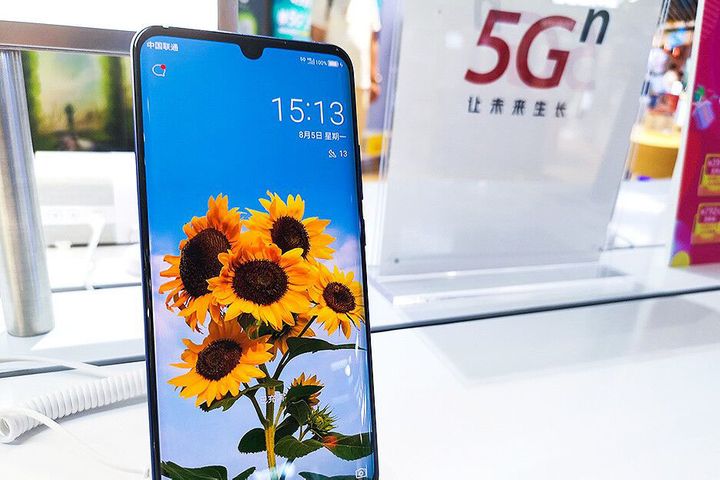 (Yicai Global) Feb. 26 -- Handset sales in China were down nearly 40 percent last month as the country grappled with the novel coronavirus epidemic, but the figures were bolstered by strong sales of fifth-generation mobile devices.

Some 5.5 million 5G phones were shifted in January, nearly 40 percent of the total for 5G last year, according to data released by the Ministry of Industry and Information Technology yesterday.

Overall smartphone sales dropped 38.9 percent from a year earlier to 20.8 million units, continuing eight straight months of contraction, according to the MIIT. Of that, 15 million units were 4G phones and 5.5 million were 5G. A further 40 percent drop is anticipated for this month due to the ongoing epidemic.

If the situation can be brought under control after March, the market should rebound in the second quarter and second half of the year, industry analyst IDC said in a report released on Feb. 6. Sales for the year would then be expected to dip by 4 percent overall.

Some 34 new phone models were released in China last month, all but one of which were domestic brands. These included eight 5G mobile phones. Local brands accounted for 88 percent of turnover in January.

China will continue to promote the construction of 5G networks and to demonstrate the technology's advantages, the MIIT said. It will cultivate the application of 5G in various industries, including ultra-high-definition video, augmented reality as well as virtual reality and will boost consumption of end-user devices.