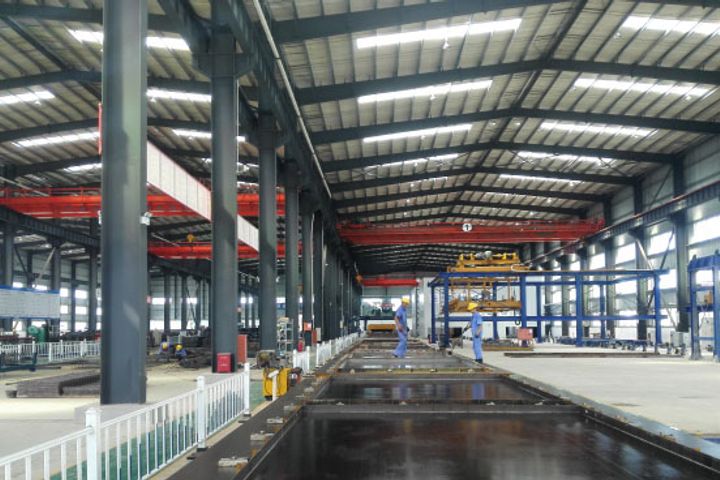 (Yicai Global) Oct. 16 -- China's largest eco-friendly pipe assembly industrial base has entered operation in Haikou on the southern island province of Hainan. The new base adopts advanced construction technology which reduces build times by about 30 percent.

The Haikou branch of China Tiesiju Civil Engineering Group, a large state-owned construction firm, developed the base, which will be the country's largest and most automated such production facility, Haikou Daily reported yesterday.

The base is set to produce 50,000 cubic meters of components each year, meeting the needs for 20 kilometers worth of pipe rack, an executive at the company said. The facility features an automated production line for pipe racks and production lines for steel processing and Makrolon polycarbonate components.

Using new technology developed by Tiesiju, build times for pipe assemblies have been cut to 42 days from 60, a supervisor at the facility construction site said. The technology can reduce dust and noise to make the base more environmentally friendly.