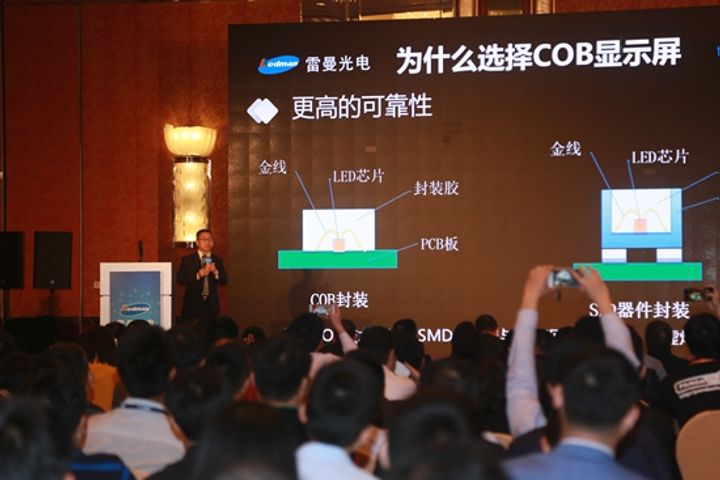 COB display panel will be the company's product and technology strategy focus for the next three years, Li Mantie, chairman and president of the company said in a press briefing, adding that through the use of the technology, LED pixel pitch can be reduced up to 0.5 mm, which traditional LED technology cannot achieve.

The small-pitch LED display market is going through a rapid development phase. The market size this year is expected to reach close to CNY10 billion (USD1.57 billion) and to maintain a rapid growth in the next two to three years. The company's new products will have a positive impact on promoting the upgrading of the LED display industry, Li said.