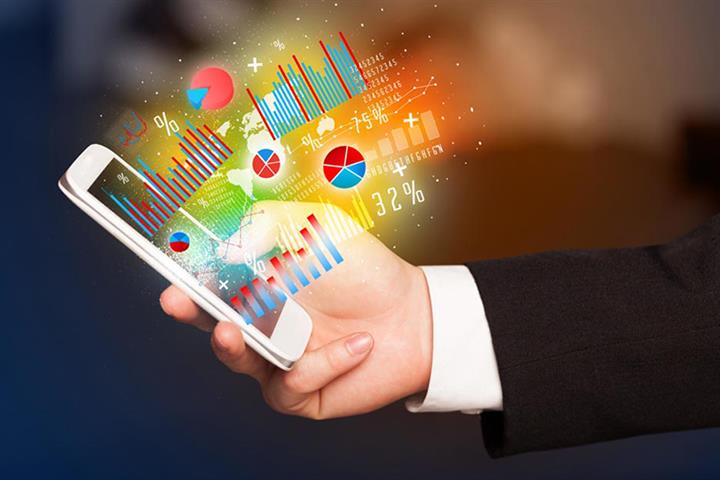 (Yicai Global) May 13 -- The market capitalization of China’s publicly traded internet-based firms shrank 20.2 percent in the first quarter from the previous quarter due to increased uncertainty about US listings, growth bottlenecks and the resurgence of Covid-19 in the country.

China’s 192 public internet companies were worth CNY9.9 trillion (USD1.6 trillion) as of March 30, according to a report released by the China Academy of Information and Communications Technology on May 12.

Tencent Holdings was the most valuable at CNY2.9 trillion (USD426 billion) but its market capitalization has shrunk 18.7 percent quarter-on-quarter, according to the report. Alibaba Group Holding ranked second with CNY1.9 trillion, a decline of 11.1 percent, and Meituan came third with CNY780 billion (USD114.6 billion), a slump of 31 percent.

JD.com, NetEase and Pinduoduo stood in fourth, fifth and sixth places respectively, said CAICT, which is a unit of the Ministry of Industry and Information Technology. The country’s top 10 internet companies account for 79 percent of the sector’s total market value.

The Holding Foreign Companies Accountable Act passed by the Trump administration in 2020 requires all foreign firms listed on US bourses to, among other things, meet the Public Company Accounting Oversight Board’s accounting requirements. Should any company fail to do so for three consecutive years it will be prohibited from trading on any US bourse or over-the-counter market.

China’s listed internet companies achieved revenue of CNY986.3 billion (USD145 billion) in the fourth quarter last year, a gain of 12.9 percent year on year, the report said. However, the growth rate narrowed 8.3 percentage points from the year before.