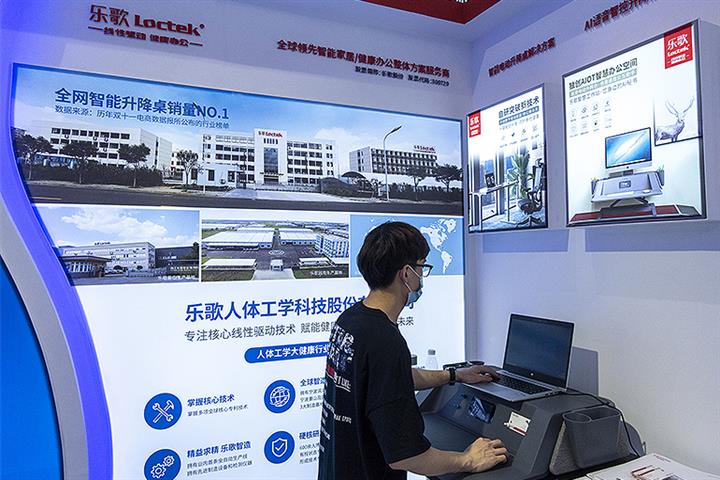 The maker of keyboards and standing desks has penned an agreement with Shandong province-based Huanghai Shipbuilding to customize a vessel that has a capacity of 1,800 twenty-feet equivalent units, the Ningbo-based firm said in a statement yesterday. The ship should be delivered by March 2023.

The move could make Loctek’s deliveries quicker and economically less volatile, it said. The purchase could also help it better serve small and medium-sized e-commerce companies to export their products, it added.

Loctek has three production bases in eastern China's Ningbo and Vietnam's Ho Chi Minh City. Besides selling its own products, the company has been expanding its cross-border warehousing and logistics business over recent years. The firm has 16 warehouses, including seven in core harbors in the United States, according to its website.

In the first half of 2021, Loctek’s overseas warehousing revenue tallied CNY68.1 million (USD10.7 million), or almost 5 percent of its total. Such business has been good and profitable since April 2021, the firm said in its semi-annual earnings report.