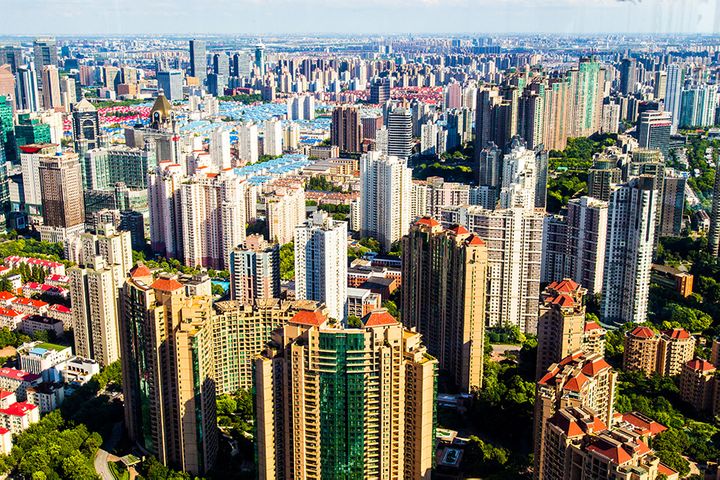 (Yicai Global) Sept. 17 -- The number of cities in China where new home prices are increasing declined for a third straight month in August, according to official figures.

Fifty-five of the 70 major cities surveyed reported price gains last month, down from 60 cities in July, the National Bureau of Statistics said today. Overall the real estate market remained stable last month, according to Kong Peng, a chief statistician at the NBS.

In line with President Xi Jinping's 2017 statement that "houses are for living in, not for speculation," the central government has called for a long-term management mechanism to control the property sector and proposed that the sector should not be used to spur short-term economic growth, Kong added.

The price of a new-build home in China's four first-tier cities rose an average 0.3 percent in August, the same as in July, with Beijing gaining 0.5 percent, Shanghai 0.3 percent, and Guangzhou and Shenzhen 0.2 percent each.

Second-hand home prices in Beijing fell 0.4 percent month on month, while Shenzhen was down 0.2 percent year on year, the southern city's first decline since June last year. Prices in Shanghai and Guangzhou were flat month on month.

The average price of newly built commercial properties and pre-owned homes in 31 second-tier cities rose 0.5 percent and 0.2 percent from a month before, with the pace of both slowing 0.2 point.

Residential prices in Fuzhou, Jinan, Guiyang, Lanzhou and other second-tier cities declined, while those in Wuhan, Hohhot, Changchun and other regions maintained an upward trend. At the same time, the difference in the resale market is more pronounced in cities such as Hangzhou and Chengdu, where restrictions on house prices is quite severe. As a result, second-hand property prices declined slightly in these cities.

Nanning, the capital of Guangxi Zhuang Autonomous Region, was the city with the largest monthly gain in houses prices last month, increasing 2.3 percent month on month. Pingdingshan in central Henan province, which ranked first in terms of month-on-month increase in new home prices in July, dropped to 47th in August.