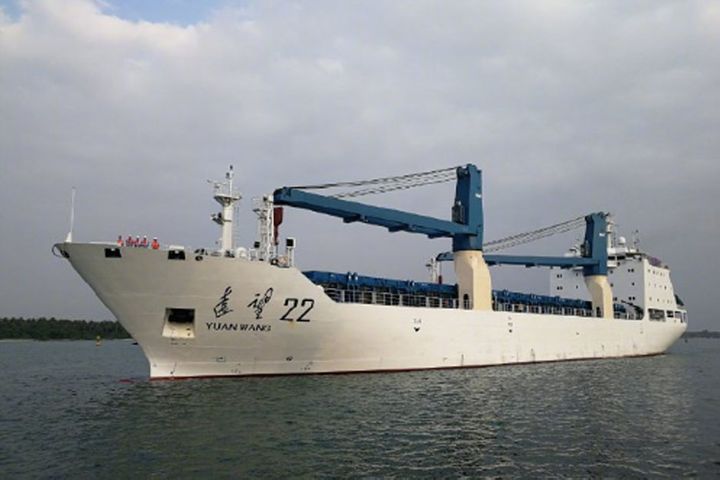 (Yicai Global) Feb. 6 -- China's rocket designed and produced solely for construction of the country's pioneering space station, the Long March 5B, arrived yesterday at its launch site in Wenchang in the country's southernmost province, the tropical island of Hainan.

The vessel will blast off in mid-April carrying the latest-generation experimental manned space module for its maiden voyage.

China plans to start building its space station this year. The facility, whose eventual weight will be 90 tons, has a designed lifetime of ten years. Its completion in or around 2020 will need 12 launch activities. The country's manned complex in the sky is a essentially a laboratory assembled in orbit that will be able to conduct relatively large-scale experiments.

The new rocket, the latest in the space-faring nation's Long March 5 series, specially adapted to undertake the varying tasks required for construction of the orbiting facility China is creating in the heavens, will primarily carry the cabin module, manned spacecraft and cargo shuttle aloft.

The rocket, whose body measures 53.7 meters in length and has a diameter of five meters, uses non-toxic, pollution-free liquid oxygen, liquid hydrogen and kerosene as propellants. It has a lift-off weight of 849 tons and is able to bear a further 22 tons of freight at a minimum into near-Earth orbit.

The Long March 5B will now go through pre-launch full dress rehearsals together with the Tianhe core space station module and manned craft that reached the Wenchang site on Jan. 20 before their joint mission begins in earnest in the spring. The Tianhe capsule can accommodate three taikonauts, as China dubs its space explorers.