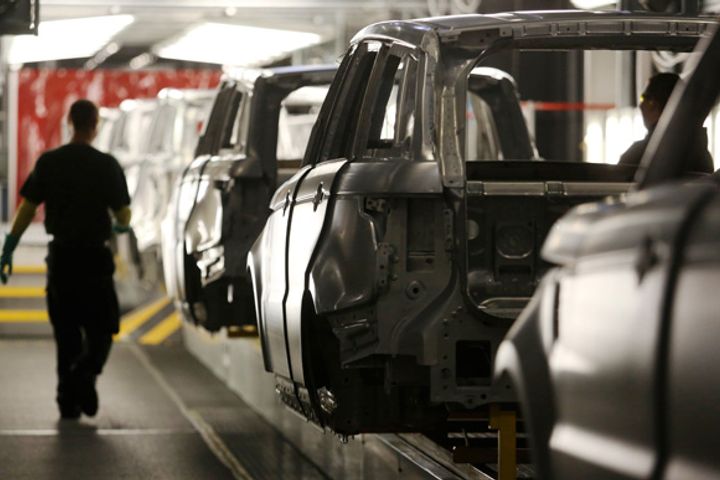 China May Have Reached the Limit of Selling 30 Million Cars Per Year, Firm Bosses Say

(Yicai Global) Nov. 20 -- Car sales in  China have slumped last month and many vehicle firm chiefs say that the  market growth may have reached its ceiling.

A slowdown in car sales this year is  almost inevitable, and low growth will become the new normal, several  executives said to Yicai Global during interviews at the Guangzhou  International Automobile Exhibition which continues until Nov. 25.

Sales dropped almost 12 percent to 2.4  million in October, data from the China Association of Automobile  Manufacturers show. This makes 2018 as the first year when the annual  growth of the Chinese auto market has been negative in nearly two  decades since 2000.

Institutions once estimated that the  annual sales will reach about 35 million units by 2025, but the number  may reduce to 30 million, Wang Yongqing, the general manager at  SAIC General Motors said, adding that this means that the annual growth  rate may be as low as 2 percent.

Tian  estimated that this month and the next will show similar drops as in  October. It is almost impossible to surpass the sales performance in  November and December 2017, said Chen Shihua, an assistant to the  secretary general of CAAM.

"The  market condition this year is a result of weakened purchasing power  caused by economic fluctuations," said Li Ruifeng, the vice president of  Great Wall Automobile.

The sluggish auto market is not a result  of a single factor, but related to various ones such as macroeconomic  regulation, economic fluctuations, the China-US trade frictions, as well  as stock markets and the real estate market, said Feng Xingya, the  general manager of GAC Group.

Despite market volatility, Li considered  that China has room to grow. The rate of car ownership is just 156 out  of each one thousand residents, which is far behind developed countries,  he said, adding that there is potential in terms of residents in fifth  and sixth-tier cities. "The market is expected to show a slight growth  next year," he added.

The average car ownership in China is  low, so the ceiling won't come for at least 20 years, added Chui  Dongshu, the secretary general of the China Passenger Car Association.

In the face of market saturation, some  insiders tweaked the grim prospects with positivity. There will still be  demand for replacements, said Ji Qiwei, sales and marketing director of  Chevrolet under SAIC-GM.