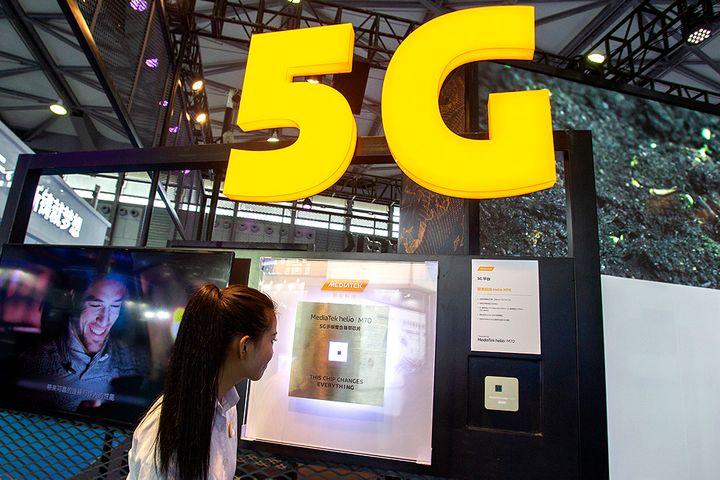 (Yicai Global) Nov. 27 -- MediaTek has released its new fifth-generation networking chip as the wafer maker looks to keep up with global rivals and snag a 50 percent share of the Chinese mainland market.

The Taiwanese firm hopes to begin mass manufacturing the chip, named Dimensity 1000, by the end of this year, the company said at an unveiling ceremony in Shenzhen yesterday.

South Korea's Samsung and Shenzhen-based Huawei have already released their first 5G chips and American giant Qualcomm is scheduled to release its latest semiconductor next week. MediaTek's bests these in multiple categories, including down- and uplink speeds, according to the firm.

The first smartphones using the Dimensity 1000, a so-called 'system on a chip' as it features all the components a device requires, will be commercial available in the first quarter of 2020, MediaTek's President Joe Chen told reporters at the event. Only a handful of SoCs are available worldwide, including Huawei's Kirin 990.

China has the world's largest 5G market and MediaTek hopes to command at least half of it. The firm has already garnered support from the country's biggest smartphone makers Huawei, Oppo, Vivo and Xiaomi, who have all expressed their willingness to cooperate with MediaTek.

MediaTek has spent 24 percent of its 2019 revenue so far on research and development, compared with 19 percent in 2013, Chen added. He believes the company will fare better in the 5G market than it did in the 4G sector and hopes that success will be sustainable as MediaTek unveils more chips.