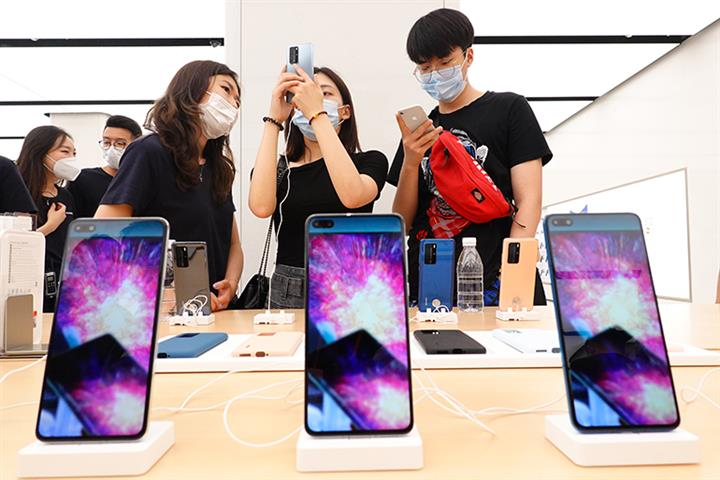 (Yicai Global) June 16 -- China’s mobile phone sales fell for a second month in a row in May, dropping 32 percent from a year earlier, after sales more than doubled in the first quarter.

Some 22.97 million handsets were sold in the domestic market last month, according to data released today by the China Academy of Information and Communications Technology. In April, sales had fallen just over 34 percent to 27.49 million.

The research institute attributed the decline to the early release of consumer demand in the first quarter, the tight supply of mobile phone chips, and a plunge in sales by Huawei Technologies, which other manufacturers failed to fully make up for.

The CAICT did not disclose specific sales figures for each phone maker, but according to data previously released by market research agency Canalys, Huawei slid to third place from first for domestic market share in the first quarter, while its sales halved from a year ago, due to US sanctions and the spinoff of its Honor budget sub-brand.

China’s fifth-generation wireless handset sales rose 7 percent to 16.74 million in May, accounting for 72.9 percent of the total.

Due to the strong first quarter, sales increased 19.3 percent in the first five months of the year to a total of 148 million. 5G phone sales jumped over 134 percent to 108 million.