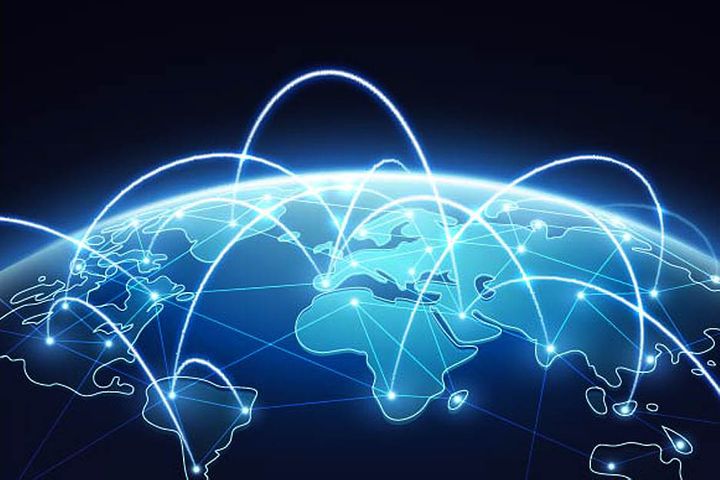 (Yicai Global) April 2 -- The world's confirmed Covid-19 cases totaled over 660,000 in 199 countries and regions as of March 29, and more than 60 countries have announced states of emergency. The world economy is facing huge challenges.

Due to economic globalization, the production of goods now results from the combined effort of many countries. Given the current situation, Covid-19 will inevitably impact, or even damage, global value chains. Facing this severe economic situation, China must actively fight the virus, sharing its experience with other countries to quickly curb its spread. But it must also see the opportunity the virus has created for industrial restructuring, prepare for economic development after the virus ends, and contribute to the repair of global value chains and an orderly recovery of the world economy.

Since Covid-19 broke out in China, the Chinese government has achieved significant results in containing its spread. Indeed, China was seeing nearly no new confirmed domestic cases by March 29.

This great achievement has not only won China a reputation for experience in combating the virus, but more importantly, it will win China an opportunity to restructure global value chains.

Chinese companies have been actively resuming operations and production since February. According to Securities Daily, over 98 percent of the listed firms had returned to work as of March 22. Moreover, the Chinese market is gradually recovering, which is good news for the global fight against the virus.

Many companies had thought foreign countries would abandon China's value chain because of the virus and that this would cause China to decouple from the world economy. However, with the global spread of the virus, large-scale shutdowns are occurring in foreign countries. China, on the contrary, has become the region with the most stable production and, thus, will benefit from more development opportunities.

Since early March, China's manufacturing industry has recovered at an uneven pace. Many companies are in danger of bankruptcy because there are no new orders from Europe and the US. However, orders at some companies, such as those making electronics in Suzhou and Chongqing, have surged.

This is because these places had already formed industrial clusters which produce more than 80 percent of accessories and parts for electronics manufacturing. The cluster-based production model has reduced the risk from buying parts and components globally and demonstrated its competitiveness amid the virus.

In other words, only Chinese industries with relatively complete industrial clusters will see orders increase amid the virus and win orders from foreign multinational companies. Therefore, industrial clustering is an important feature of global value chain reconstruction during the pandemic. The industrial clusters that China has formed, or is about to form, will be the basis for attracting global high-end manufacturing.

China must make good use of the next two or three years, which will be an important strategic window of opportunity for the restructuring of global value chains, to further reform and open up and develop its high-end manufacturing. China's four major economic zones, the Guangdong-Hong Kong-Macau Greater Bay Area, the Yangtze River Delta region, the Beijing-Tianjin-Hebei region, and the Chengdu-Chongqing Economic Zone are focusing on nine strategic emerging industries — new-generation information technology, high-end equipment manufacturing, new materials, biologics, and new-energy vehicles — to create regional industrial clusters.

The US Federal Reserve has cut interest rates, engaged in quantitative easing, and repurchasing operations, fully employing its crisis toolkit since the virus led to huge adjustments in the US financial markets last month. Many European and Asian countries have undertaken similar policies, meaning governments worldwide are releasing resources and injecting liquidity into the market to support their national economies.

Except for public funds used to buy anti-virus supplies and support people's livelihoods, most of the capital flowing into global markets are yield seeking and looking for returns of 5 to 10 percent through investment in industry. Looking around the world, not many markets can find projects which will provide this sort of return. China is doing the best job of containing the virus and it has the lowest investment risk, thus global liquidity will likely pour into China.

It is both an opportunity and a huge challenge for China to receive massive capital inflows. For the real economy, a large volume of low-cost international capital will help the country attract global value chain investment and create industrial clusters. This will accelerate the construction of industrial clusters in the four economic zones and for the nine strategic emerging industries. A reasonable pace of capital inflows can also stimulate the development of China's financial markets. The Chinese stock market, in particular, will attract more international investors, which will help listed companies speed up the construction of industrial clusters.

As the virus spreads, more foreign investors will appreciate China's value chain development prospects and be willing to invest in Chinese companies This will create opportunities for China to develop its capital market and accelerate the formation of industrial clusters.

It must be noted, however, that China's real economy must be strong enough and the country's policy design and implementation must be innovative enough to benefit from the large inflow of low-cost capital. Given the present global landscape, China does not have much experience from which to learn and it needs to work out a new development strategy on its own. Chinese companies need to be determined to innovate both technically and strategically to obtain the capacity to maneuver in the face of the volatility of international capital flows. Otherwise, both Chinese companies and international investors will suffer.

Chinese governments, at all levels, must continue to reform, open up, improve the business environment, and play an active role in restructuring global value chains

In light of the historical opportunities offered by the virus to develop capital markets and restructure value chains, China must maintain a proactive fiscal policy and prudent monetary policy and continue its strategy of reforming and opening up. Given the current situation, China must expand market access for foreign funds, open its market faster to foreign financial institutions, and implement the policies that have been issued to allow foreign financial institutions to bring funds from international markets into China.

China gives foreign companies pre-establishment national treatment, which means they are treated the same as Chinese companies, and evaluates foreign investment using a negative list approach. Where conditions permit, local authorities in the four major economic zones should move quickly to shorten the negative list and promote the broad opening up of high-end industries like modern services, advanced manufacturing and modern agriculture. They should allow foreign majority- or even foreign sole- ownership to attract more companies from the global value chains to participate in China's regional industrial clusters.

Investment in industrial clusters is an important driving force for China's future GDP growth. Each industrial cluster in the four major economic zones and nine strategic emerging industries has the potential to bring in more than CNY100 billion (USD14.1 billion) or even CNY1 trillion worth of investment. This could lead to many trillions of yuan in new value-added. Regions outside the four major economic zones should also build industrial clusters, based on their own features and in line with the characteristics of their local economies, to improve the quality of regional development.

Under the guidance of the Central Government, governments at all levels should be boldly innovative and try various approaches to rapidly improve the tangible and intangible infrastructure of the business environment. Regarding the tangible infrastructure, governments must accelerate the construction of fifth-generation networks, big data, the Internet of Things, and traditional high-tech and economic development zones. In terms of intangible infrastructure, governments must improve government agencies' digital services. By relying on good faith, efficiency, fair competition, open cooperation, transparency and security in the business environment, more foreign companies will be encouraged to join Chinese industrial clusters and improve the quality and efficiency of domestic supply.

Local governments should unswervingly develop industrial clusters, and place global leading companies at their core. They should rely on domestic demand to support the clusters' development while foreign demand is weak. When foreign markets recover, they should further strengthen international cooperation to increase the clusters' size and quality and support the revival of global value chains.

Such open industrial clusters, once formed, will help prevent the risk of a break in global value chains caused by natural and man-made disasters, such as Covid-19, and accelerate innovation of key technologies. Due to their huge market share, they can effectively mitigate the risk of key technology glitches.

The author is chairman of the Industrial Transformation Advisory Committee at Tsinghua University's Institute of Internet Industry.