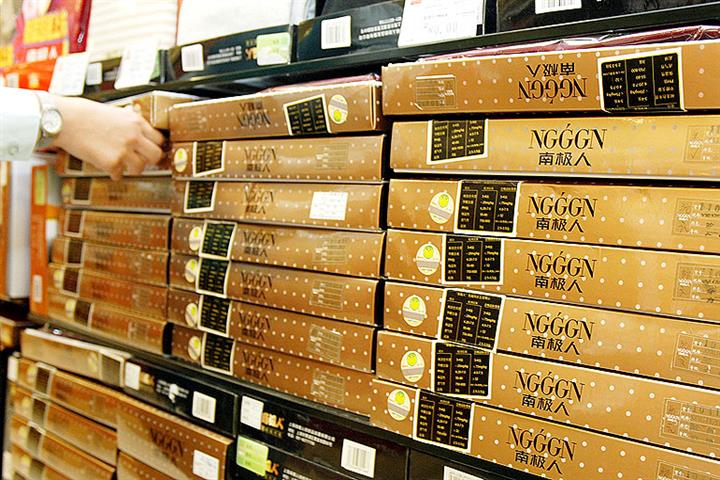 (Yicai Global) Jan. 13 -- Nanji E-Commerce, a Chinese online retailer that specializes in selling its own brand of products from thermal underwear to car parts, has hit back against claims that it has been cooking its books and posted an excessively high net profit in 2019.

The e-retailer logged a 36 percent jump in net profit in 2019 from the year before to CNY1.2 billion (USD186 million), it said in its annual earnings report. The stellar earnings prompted Industrial Securities to write a report questioning Nanji E-Commerce’s figures.

“I studied law at university,” founder and Chairman Zhang Yuxiang told Yicai Global. “Why would I commit fraud.”

Nanji E-Commerce has defended its numbers by saying it commands a 93.36 percent gross margin on its brand outsourcing business, which brought in revenue of CNY1.3 billion (USD201 million) that year, a third of its total income.

The company, which used to make its own products, closed all its factories in 2008 and decided to outsource production of its branded goods ‘Nanjiren’ to third-party factories and instead concentrate on online retail. Formerly called Jiangsu Xinmin Textile Science & Technology, it rebranded as Nanji E-Commerce in 2015.

Fuzhou, southeastern Fujian province-based Industrial Securities pointed out that while Nanji E-Commerce’s gross merchandise volume increased significantly from 2016 to 2017, its sales staff halved. Nanji E-Commerce responded by saying it only let 183 employees go in the two years from 2019 to 2020.

It explained that its “front shop, back factory” model leads to an overlap between manufacturers and dealers, as end stores directly feed consumer demand to its upstream factories, the shortest path of consumer-to-manufacturer.

The income tax rate of 6 percent that Nanji E-Commerce is paying is applicable to the service sector. But for a “front shop, back factory” business model which includes made-to-order pieces and sales, it should be 17 percent, the analysts said.

The former underwear maker repeated the performance last year, posting a 34 percent leap in net profit in the first three quarters from the same period in 2019 to CNY60.2 billion (USD9.3 billion), according to its latest earnings report. Revenue jumped 30 percent to CNY264.7 billion (USD41 billion).