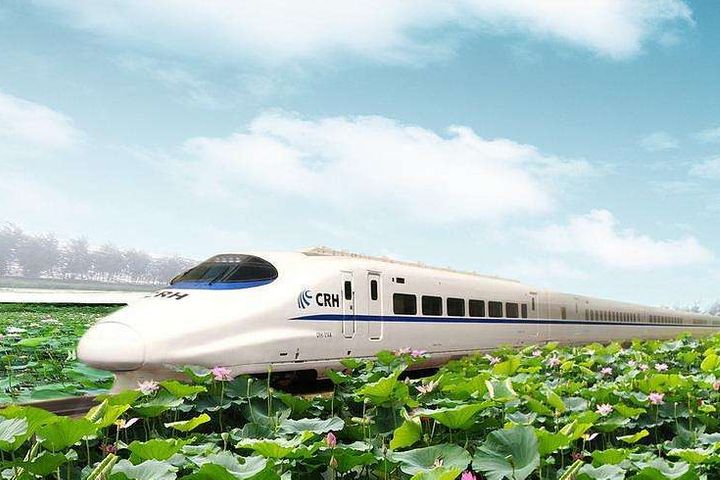 (Yicai Global) Jan. 3 -- China's National Development and Reform Commission has approved an intercity rail construction plan in a metropolitan cluster along the Yangtze River in eastern China's Jiangsu province to improve the traffic network in the region, one of China's most developed.

Near-term investment in construction, which will run from this year to 2025, is projected at about CNY230 billion (USD33.5 billion).

A network for the regional intercity rail will form that allows commutes between central metropolises along the Yangtze River and their neighbors within one-half hour to one hour, per the plan, which envisions the track network covering regional towns with a population over 200,000, with some lines linking riverside municipalities in neighboring Anhui province.

Soon-to-be-built intercity lines -- including the Nanjing-Huai'an, Nanjing-Xuancheng, Yancheng-Taizhou-Wuxi-Changzhou-Yixing and Nanjing-Chuzhou-Bengbu-Bozhou railways -- will add 980 kilometers or so in Jiangsu province alone.

About CNY218 billion will be invested in the above railways' Jiangsu section, 50 percent of which will come from a capital fund financed from the coffers of the provincial government and local governments along the lines.

The Anhui section will secure about CNY13.7 billion from its province and cities along the tracks. Investment needed over and above the capital fund will come from bank loans.

The Yangtze River city cluster encompasses Nanjing, Zhenjiang, Changzhou, Wuxi, Suzhou, Yangzhou, Taizhou and Nantong in Jiangsu. These municipalities cover an area of 51,000 square kilometers, have a population of nearly 50 million and contribute about 80 percent of the province's economic aggregate.

They also form one of the areas with the best fundamentals for economic development and strongest comprehensive competitiveness in China.

The natural barrier of the Yangtze River -- the world's third-longest and sixth in terms of amount of discharge -- has historically made personnel and element exchanges in this area inconvenient, and this latest initiative seeks to further vault this vast hurdle.