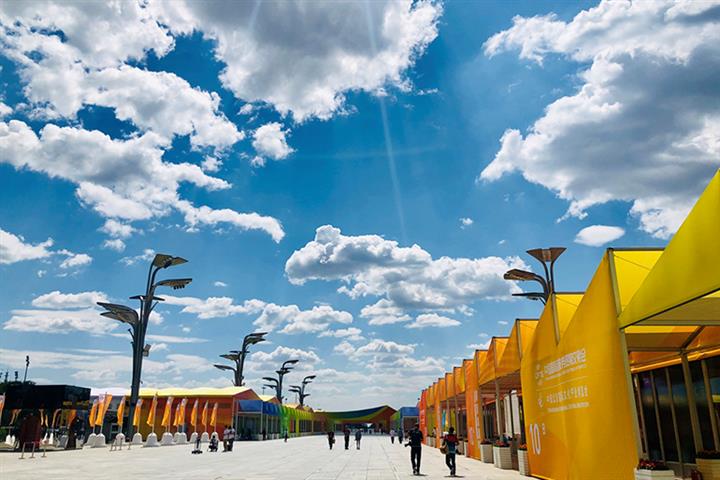 (Yicai Global) Sept. 7 -- The China International Fair for Trade in Services is indispensable for China's comprehensive, multi-tiered and wide-range opening to the outside world as it entails intellectual property protection where the setup of a market-oriented, internationalized and rule-of-law market environment is vital, Wei Jianguo, former Vice Minister of China’s Ministry of Commerce, said in an article on NetEase.

This is the first time a country has ever held a specifically services trade fair. More importantly, it is running amid the raging Covid-19 pandemic and the unstable economies in Europe and the Americas, Wei said in his article on Sept. 5.

The China International Fair for Trade in Services is running from Sept. 4 to Sept. 9 in Beijing, with more than 2,000 companies participating offline and over 4,000 online.

The principal contradiction facing Chinese society has evolved to become that between unbalanced and inadequate development and the people's ever-growing need for a better life.

To further improve company efficiency and enable China's economy to develop to a higher quality requires that the nation set the trade in services as the next important step in building an economic structure where the domestic economy plays a leading part, while the international economy remains just its adjunct and supplement. The fair comes just at the right time and is necessary for this, Wei wrote.

Since China did not sufficiently attend to the trade in services in the past, it currently accounts for just 53 percent of its gross domestic product now, while that of Western countries makes up over 81 percent. China thus still has much room and great potential to develop its services.

China has surpassed the US to become the world's largest consumer market. Despite the current pandemic, the country’s total retail sales are expected to reach CNY45 trillion (USD6.6 trillion) as against CNY40 trillion last year, Wei noted. Such a middle-class consumer group has drawn the notice of the world, which wants to provide it not only with goods, but also services, including those needed in the country’s vast central and western regions.

Many people see the trade in services fair as the transformation and upgrading of the structure of foreign trade since it is to run after China has reined in the pandemic. Some regard it as a mix of the Canton Fair, China International Import Expo and a platform for trade in services. In fact, the event will surpass both the Canton Fair and the CIIE , the article argued. It not only marks the first positive growth of China's trade in services since July following Covid-19, but also represents a large increase in them, it said.

The fair will open a door onto the allure of China's vast consumer market, but will also present the stable business expectations of investors and partners in the world's best business environment, the piece stated.

Through this platform, China will have once again expanded its circle of friends and mobilized global production factors, including human resources, markets, capital and technology. It will also use this platform to create a new economic structure in which the domestic market is paramount, Wei declared.