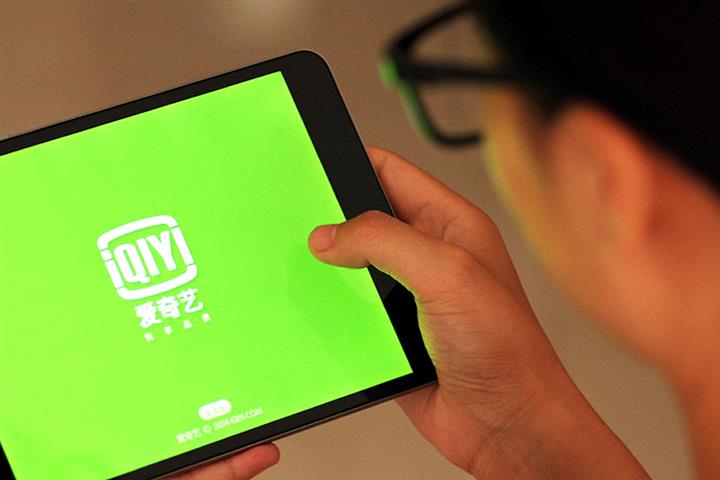 (Yicai Global) April 8 -- Often plugged as China’s Netflix, iQiyi has denied an accusation of financial fraud that sent its shares into a tailspin.

The allegation, made by Wolfpack Research, contains “numerous errors, unsubstantiated statements and misleading conclusions and interpretations,” the Baidu-backed video-streaming site operator said in a statement today, adding that it remains committed to high standards of corporate governance and internal controls.

Wolfpack Research released a report yesterday, which it worked on in collaboration with short-seller Muddy Waters Capital, that alleges Beijing-based iQiyi "fraudulently and materially overstates its users, revenues, acquisition consideration, and value of its 'barter' content.”

Wolfpack estimates that iQiyi inflated last year’s revenue by 27 percent to 44 percent and its user numbers by 42 percent to 60 percent.The firm’s revenue was CNY29 billion (USD4.1 billion) in 2019, up 16 percent from a year earlier, according to its annual earnings report.

“Like so many other China-based companies who IPO with inflated numbers, [iQiyi] is unable to legitimately grow their business enough to true up their financial statements,”Wolfpack’s report said.

IQiyi’s shares [NASDAQ:IQ] fell 11.2 percent to USD14.87 after the critical report was published, before bouncing back to close 3.2 percent higher at USD17.30. The stock is again under pressure in after-hours trading, falling almost as much as 4 percent.

The report comes out at a time when two Chinese companies listed in the US have admitted accounting frauds. Following an internal investigation,Xiamen-based Starbucks rival Luckin Coffee said on April 2 that its chief operating officer and other staff had fabricated transactions worth CNY2.2 billion (USD311.4 million) last year.In January, Luckin was accused of several instances of fraud by an anonymous report posted online by Muddy Waters.

Then yesterday, TAL Education Group said on its website that the firm suspects an employee colluded with vendors to wrongfully inflate sales figures by forging contracts and other documents. The Beijing-based company did not disclose the amount. Shares of both Luckin and TAL have suffered.

Wolfpack Research, which was founded in June 2019, posted a bearish report on Chinese news feed platform Qutoutiao in December, only to promptly find itself refuted with concrete facts and numbers.