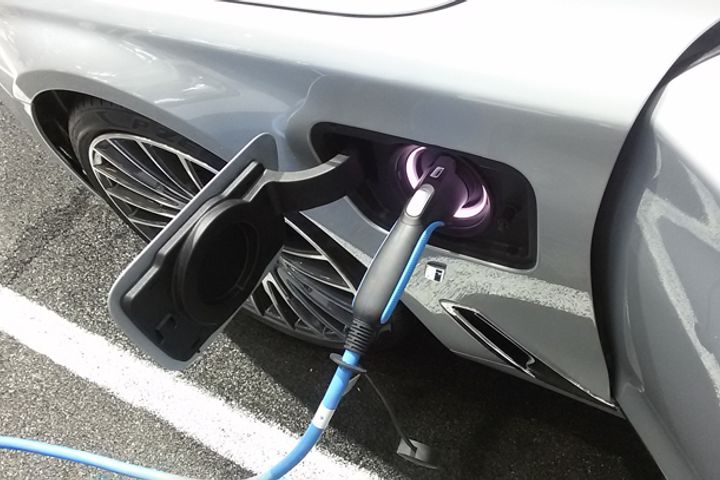 (Yicai Global) March 12 -- New-energy vehicle sales could slump as much as 40 percent next year if the government revokes buyer subsidies and does not bring in replacement policies, according to the chairman of state-backed carmaker SAIC Motor.

Relevant administrations should organize a study focused on fiscal and tax policies supporting NEV sales after 2020, Chen Hong said during the Two Sessions, the concurrent annual meetings of China's national legislature and top political advisory body and the country's biggest political event of the year.

The cost of power batteries and manufacturing electric cars will gradually fall with continuous tech development, but this will not be enough by 2020 to offset the impact of removing subsidies, Chen believes. By his reckoning, pure electric vehicles would cost between CNY30,000 (USD4,470) and CNY40,000 more than a combustion engine car if new policies are not brought in.

China's central government began offering subsidies to consumers in 2011 in order to spur sales of NEVs, and five years and 500,000 units later it had become the world's largest electric car market. Last year, the country made and sold more than 1.2 million NEVs, making up about 5 percent of China's automotive sector, which is also the world's biggest.

The Ministry of Industry and Information Technology, China's industrial watchdog, wants that figure to reach 40 percent by 2030, but the country began lowering NEV incentives in 2016 and plans to scrap them altogether at the end of 2020.

If China wants to make that goal on time, it should look at shifting from purchase-based subsidies to offering a broader range of beneficial policies, Chen said.