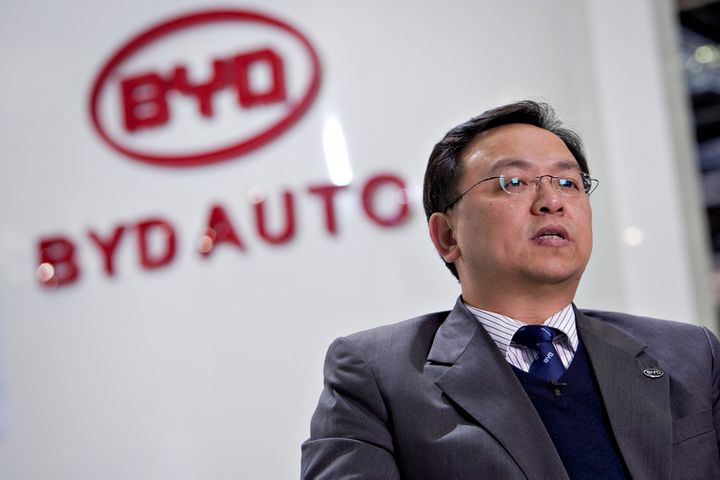 (Yicai Global) July 2 -- Sales of new energy vehicles in China may exceed two million units next year, according to the founder of leading electric carmaker BYD, as the market penetration rate climbs to nearly 10 percent.

With explosive growth of more than 30 percent, sales could surpass 10 million in 2025, The Paper cited Wang Chuanfu as saying at the 2019 World New Energy Vehicle Conference in Boao on China's southern island province of Hainan.

After 28 years, the era of high growth in China's auto industry is over as sales and output fell for the first time last year, Wang said, adding that the NEV sector offers great opportunity despite its short-term challenges. He also expressed confidence in Shenzhen-based BYD.

Some pressure will bear on the sector due to lower NEV subsidies, Wang said, but he expects the market to recover in the fourth quarter. Though NEV sales growth will slow a little this year, the sector will expand 40 percent while BYD's full-year sales may increase between 70 and 80 percent.

BYD's NEV sales, which doubled between January and May from a year earlier, also doubled last year to 247,800, ranking first among global automakers for four years in a row, he added.

The central government should formulate medium- and long-term development plans to fully electrify autos as soon as possible and set out specific goals for this, he said. For example, full electrification of buses, taxis, urban logistical and special vehicles and private vehicles should be wrapped up by 2020, 2022, 2025 and 2030, respectively.

Turning the sector 'smart' should be the next focus if electrification is the first half of the auto sector revolution, Wang said. So-called 'intelligentization' cannot be truly realized without electrifying conventional vehicles. A smart vehicle will then become a super mobile phone with wheels and will bring greater change to our lives than even the smartphone.

A total of 1.256 million NEVs -- 984,000 pure electric vehicles, 271,000 plug-in hybrid electric vehicles and 1,527 hydrogen vehicles -- were sold in China last year, up 62 percent from a year earlier, according to data released by the China Association of Automobile Manufacturers in January.