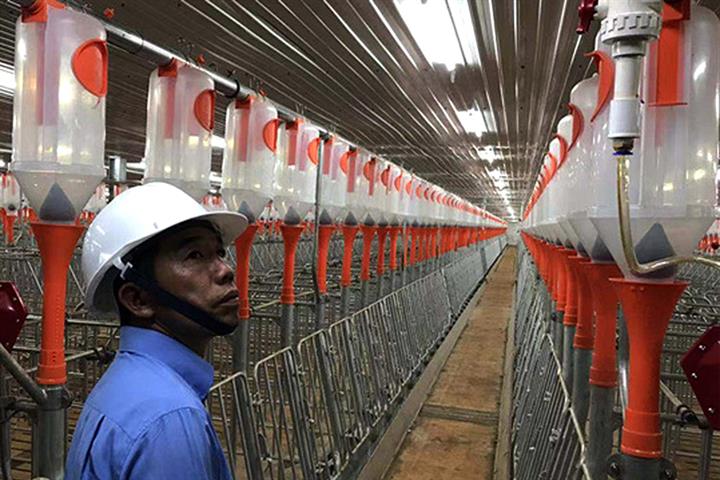 (Yicai Global) July 31 -- China's New Hope Liuhe, which expects its net profit to more than double in the first half, is further expanding its investment in new pig breeding farms.

New Hope will build 17 pig breeding bases, spending CNY5.4 billion (USD772.8 million) in the process, the Chengdu-headquartered firm said in a statement yesterday. It will cover four-fifths of the cost by bank loans and the rest fund by itself. The company announced several new farming projects last December.

The agricultural giant expects to report up to CNY3.2 billion in net profit in the first half, rising more than 100 percent from a year ago, due to the large demand and rising prices of pigs as the country recovers from the African swine flu outbreaks that started in 2018, according to its earnings estimate released on July 10.

With the new 17 projects, the firm's inventory should rise by 4 million pigs each year. The farms will be located across China in provinces such as Jiangsu, Henan, Gansu, and Shandong.

The expansion should increase the company's competitiveness and profitability while sprinkling the farms across China should improve local meat supply and safety, it added.

Last year, New Hope tripled its net profit to CNY5 billion from a year earlier as the country was dealing with the infectious disease harmful to animals. The firm's revenue widened by nearly 19 percent to CNY82.1 billion (USD11.7 billion).