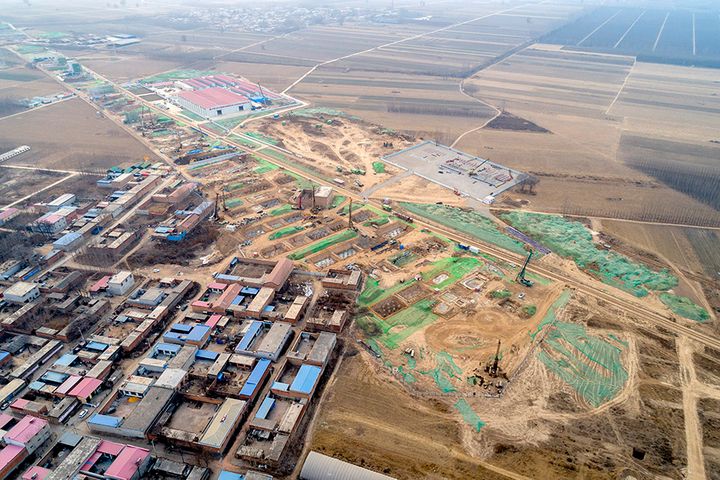 (Yicai Global) July 17 -- Xiongan New Area, the huge economic zone being developed south of Beijing, plans to invest CNY25 billion (USD3.6 billion) in an express rail link that will cut the journey time between the megacity and the capital's new airport to just half an hour, according to state-owned China Xiongan Group.

China Xiongan Group has also put out to tender a feasibility study for the project, it said in a statement today. The tender document shows that the inter-city line will be 85 kilometers long and have four to six stations.

Trains will run at more than 160 kilometers per hour between Xiongan New Area in northern Hebei province and Beijing Daxing International Airport. The Xiongan end of the line will have a terminal for flight and luggage check-in services.

Beijing's new airport was officially completed on June 30 and will open before the end of September. At first, it will be able to handle 45 million passengers a year to ease the pressure on Beijing Capital International Airport.

Set up in April 2017, Xiongan New Area is at the intersection of Beijing, Tianjin and Hebei province and is meant to bring together some of the capital's industries and population. A high-speed railroad under construction that will connect the new megacity with Beijing is expected to be operational late next year.