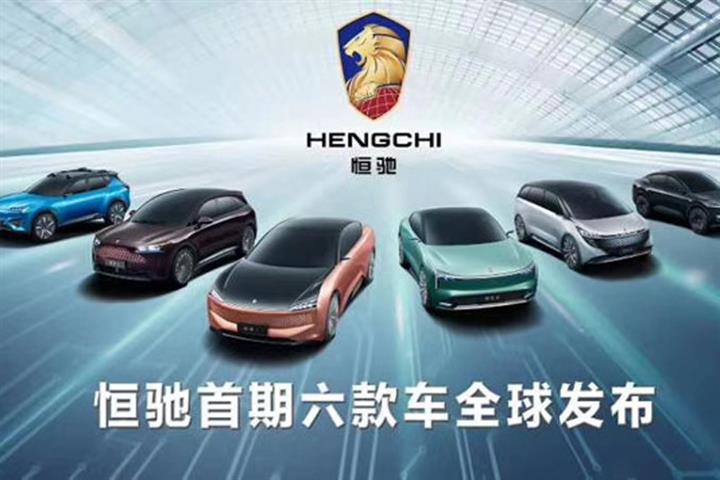 (Yicai Global) Aug. 5 -- Evergrande Health Industry Group, which has not sold a single car yet, has become the most valuable auto company listed in China due to a more than five-fold stock price increase over the past two months.

The Guangzhou-based company, which intends to change its name to Evergrande New Energy Vehicle Group, reflecting its shift in focus to the auto sector, unveiled six Hengchi-branded car models on Aug. 3, including sport-utility vehicles and compact multi-purpose vehicles for mass production.

Global investors have been keen to pour money into the electric car sector this year. Tesla's share price [NASDAQ: TSLA] has sailed past many historic highs to become the world's most valuable automaker with a market cap of USD277.1 billion.

The sector's rally has encouraged more listings. Li Auto became the second Chinese NEV maker after Nio to list in the US when it debuted on the Nasdaq on July 30. Shanghai-based Nio’s share price [NYSE: NIO] has also surged this year, notching up a more than three-fold increase.

Evergrande Health is developing 14 NEV models, much more than Tesla, as it plans to beat the popular Californian firm, among others, to become the world's biggest NEV maker within three to five years.