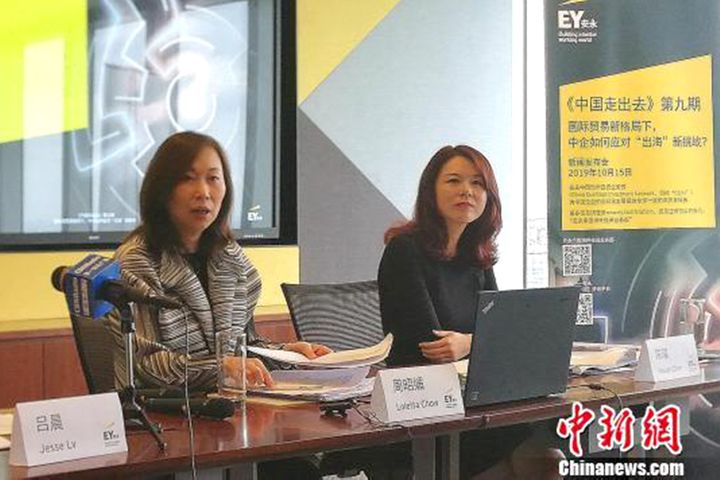 (Yicai Global) Oct. 15 -- China's overseas direct investment flows were second only to Japan last year, according to a new report from Ernst & Young.

China's outbound direct investment already ranked high among the world's top tier, China News reported today, citing the ninth edition of the London-based consultancy China Go Abroad report. The country's investment stock was also the largest after the US and the Netherlands, it added.

The report also pointed out that China's outbound direct investment stock as a share of the gross domestic product was just 12.3 percent, still low compared with its status as the world's second-largest economy. That was less than a third of the world average, 38.6 percent. The gap was wider compared with the advanced economies at 50.7 percent.

The general trend of economic globalization will remain unchanged, noted Loletta Chow, global leader of E&Y's China Overseas Investment Network. As China's capital strength grows, its overseas investment will still have much room for growth in the mid to long term, she added.

Due to external factors, the overall value of Chinese overseas mergers and acquisitions in the first half of this year slumped 60 percent to about USD20 billion from a year earlier, with the number of deals down 40 percent at 257, the report said.