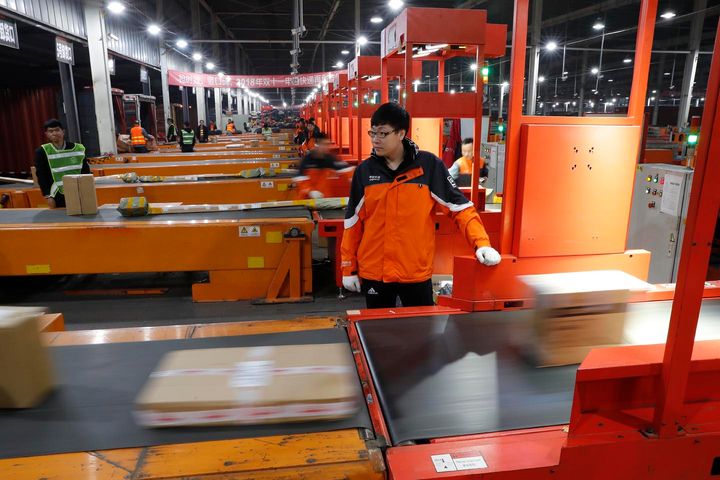 The figure was up just over a quarter from last year, data from the State Post Bureau shows. The postal service and couriers handled 416 million of the orders the same day, also up by more than a fourth. One of the reasons behind the increase was the use of group buying via WeChat, the messaging turned lifestyle app run by tech giant Tencent Holdings.

Double 11, also known as Singles' Day, began as an anti-Valentine's Day protest by Chinese college students but has evolved into a major consumer event. It is celebrated on Nov. 11 -- as in four ones -- which led to its other moniker.

E-commerce platforms under Alibaba Group Holding had generated more than a billion delivery orders as of just after 11.18 p.m. yesterday (local time), according to data from the Hangzhou-based firm, making up more than 70 percent of the total number.

The post bureau had over three million frontline workers on duty during the peak period, and expanded the capacity of its shipment centers and vehicles by 20 percent, it added, saying automatic sorting machines were also put to use on a large scale. 90 percent of orders placed used digital waybills.

It expects to handle more than 1.9 billion packages over the six days ending Nov. 16, with peak processing volumes yesterday and today at more than three times the number of deliveries dealt with on a typical day.