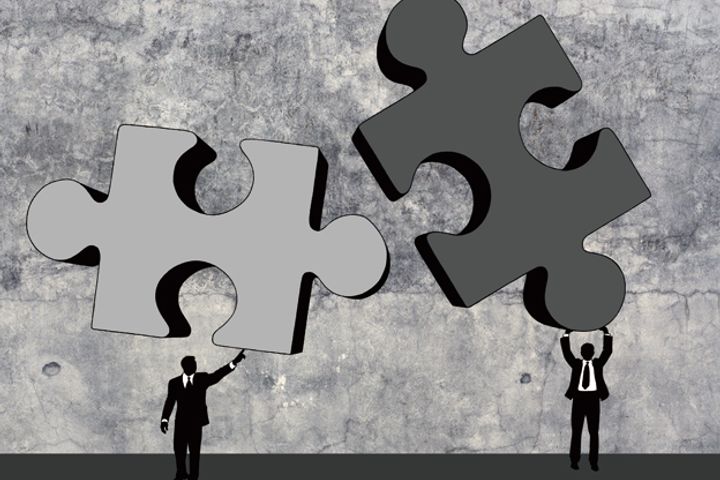 (Yicai Global) Oct. 11 -- The value of Chinese overseas mergers and acquisitions dropped off by nearly two-thirds in the first half of the year amid concerns over currency depreciation, the ongoing China-US trade frictions and policy restrictions.

Chinese firms entered into M&A deals totaling some USD22 million in the first six months of the year, a 61.2 percent plunge on the year-ago period, according to a new report from US management consultancy Bain & Company.

Companies based in China accounted for 40 percent of M&A transactions in Southeast Asia from 2015 to 2017 but this proportion fell sharply in the first half, Bain found.

The Massachusetts-based consultancy attributed the drop-off to the falling value of the yuan, concerns over the effect of the China-US trade spat on domestic profits, investment restrictions in the US, Germany, Australia and other countries, as well as the Chinese government's strict control on overseas investment.

Nevertheless, Chinese companies are still gaining market share in the utilities, construction and internet sectors in Brazil and other countries through M&A activities. Europe and North America remain the largest investment destination for Chinese enterprises, the report states.

Chinese enterprises still wield a great deal of clout in the overseas M&A market. China spent a mere 0.6 percent of its gross domestic product on overseas deals last year, half of that of Japan.

According to Bain's performance analysis of more than 700 Chinese enterprises that had entered into M&A deals between 2013 and 2017, the average return for shareholders was 11.6 percent. Among them, firms with higher frequency and larger scale of M&A performed better, with an average total return of 18.6 percent for shareholders.