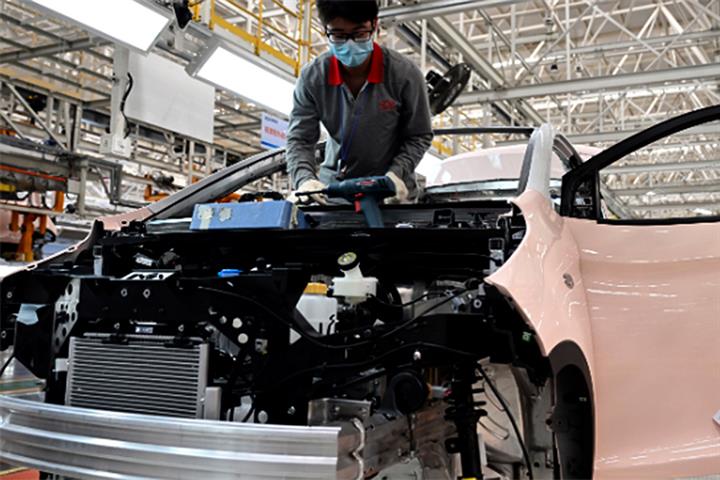 (Yicai Global) Oct. 21 -- China is now the second-largest auto exporter in the world after Japan, as the country’s car exports in the first nine months surged 55.5 percent from a year earlier on the back of growing overseas demand for its new energy vehicles, pushing Germany into third place.

Neta only launched its first model overseas in August, but exports had topped 5,200 units by mid-September, the auto start-up told Yicai Global. This drove up deliveries to a record high in September at 18,005 units.

This is the result of years of industrial backing, Fu said. The Chinese government has substantially increased its support for the sector in the past decade. When the global chip shortage struck, China’s NEV exports jumped, demonstrating the strength of the country’s complete industrial chain.

The auto parts industry is also benefiting a lot, said Wang Jialiang, general manager of Zhejiang Channov Auto Parts. Although sales this year are expected to be the same as last year, the firm’s exports in the first eight months soared almost 80 percent year on year. The company is putting more emphasis on developing NEV parts to make the most of this growing market.