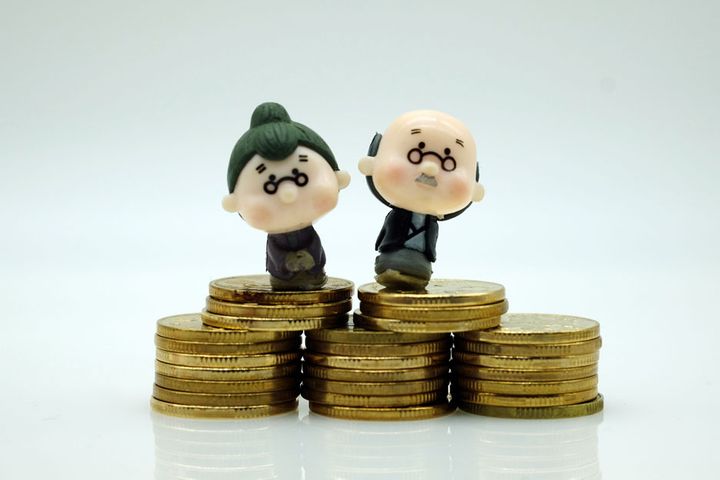 China's Pension Fund Could Dry Up by 2035, State Researcher Says

(Yicai Global) April 11 -- Beijing needs to reform the country's pension system if it wants to avoid the national pension fund running out by 2035, according to a recent study by a government research institute.

China's aging population is a growing concern as the fertility rate continues to decline, the Chinese Academy of Social Sciences said yesterday in a report on the state of Chinese pensions from this year through 2050. Nearly 12 percent of the population, 167 million people, were over the age of 65 as of late last year, it added, saying the figure could grow to 480 million, or 34.1 percent of the populous, by 2050.

The pension fund balance is about CNY106 billion (USD15.8 billion) this year and is likely to fall into the negatives in 2028, hitting a deficit of CNY118 billion, per the report.

Beijing plans to reduce the basic pension rate to 16 percent from 20 percent starting May 1, after which the ratio of retirees to pension contributors will fall to 9:10 over the next 30 years. At present, it takes more than two payers to support one retiree, at a ratio of about 4:10. But China's Ministry of Finance has proposed to raise pension standards for 118 million retirees by 5 percent in the 2019 draft budget, despite lower basic pension rates for employees.

"Reducing the employee pension rate is beneficial for economic development and people's livelihood," Li Peilin, former vice president of the academy, said at the report's release event yesterday. "It also hastens consumption of the endowment fund, which alongside the aging population will make financial sustainability more difficult for China's pension insurance system."

China should expand individual accounts for endowment insurance to include employees in small- and medium-sized firms and flexible workers who have not been included in the scheme, the report suggests, saying this would make the fund more sustainable in the mid- to long-term.

Beijing should also encourage investment in the basic endowment insurance fund to speed up its expansion, added Wang Wenling, vice chairman of the National Council for Social Security Fund.