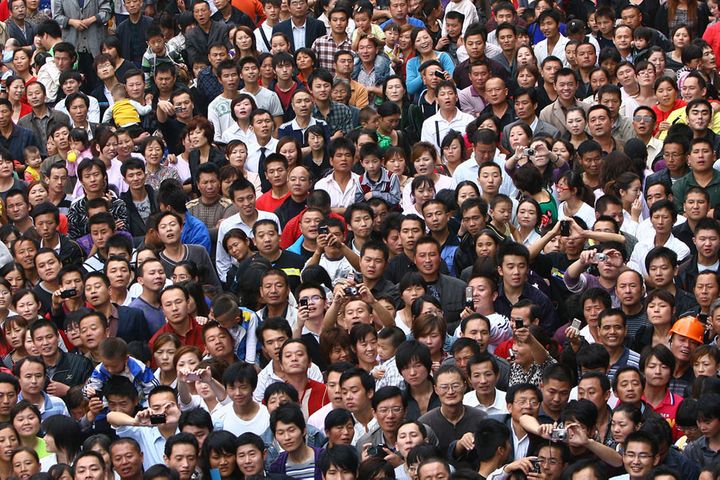 (Yicai Global) Jan. 17 -- The total population on the Chinese mainland surpassed 1.4 billion at the end of 2019, official data showed Friday.

The total population on the mainland reached 1.40005 billion at the end of last year, increasing 4.67 million from one year earlier, data from the National Bureau of Statistics (NBS) showed.

The figure did not count the population in the Hong Kong and Macao special administrative regions as well as Taiwan or Chinese living overseas, according to the NBS.

A breakdown showed that the country's working-age population, those aged between 16 and 59, shrank by 890,000 from one year earlier to 896.4 million, accounting for 64 percent of the total population.

The country's working-age population had been declining since 2013 when the NBS started to release the measurement to replace the previous count of people aged between 15 and 59.

The NBS data showed the number of people aged 60 or above expanded 4.39 million to account for 18.1 percent of the total population.

A total of 14.65 million babies were born in 2019, shrinking 580,000 from the previous year and continuing to decrease for the third consecutive year.

The country started to allow married couples to have two children in 2016, ending the one-child policy implemented for decades, to address rising concerns over the aging population.