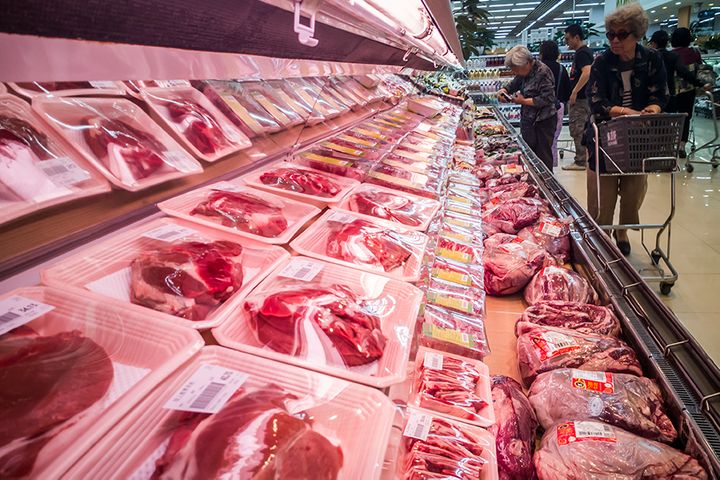 China's Pork Imports Are Set to Triple This Year; Brazil Is Likely to Benefit Most

(Yicai Global) Sept. 3 -- China's pork imports are expected to almost triple this year as the nation remains in the grip of African swine fever. Brazil has some of the lowest pig breeding costs in the world and is expected to step in to fill the breach.

Last year, China imported 1.2 million tons of frozen pork, mainly from Germany, Spain, Canada, Brazil and the US. This figure is likely to rise to 3.3 million tons this year and 4.2 million tons next year, according to financial services firm INTL Fcstone.

Brazil will probably become the country's biggest pork supplier in the next two years, Lin Guofa, research director of farm products procurement site 16988.com told Yicai Global. In 2018, China imported 150,000 tons of pork from Brazil, around 12.5 percent of the total, according to customs data.

Fodder makes up between 60 percent and 70 percent of the cost of raising hogs. As the world's largest soybean producer and a major corn grower, Brazil's low-cost feed and its developed farming sector gives it a huge competitive advantage. Mato Grosso, the country's third-largest state, has the lowest pig breeding costs among major countries at CNY6.64 (USD0.92) per kilogram, around half of that in China.

European and South American countries will meet most of China's pork demand in the future, said Lin. The European Union is China's largest source of pork imports. However, outbreaks of African swine fever in some European countries have affected supply.

Imports from the US, which used to be in the top three suppliers, have waned due to its use of clenbuterol in pig breeding. Uncertainties caused by the difficult trade environment have also affected orders and China barely imported any pork from the US in the first quarter.

The high price of pork in China has made smuggling inevitable, Lin said. Criminals will risk bringing in cheap US pork to China via third-party countries or boats on international waters. A considerable number of live pigs are also trafficked every year from Vietnam into the country over their long, shared land border.

As a result, China Customs has stepped up efforts to crack down on pork smuggling by land and sea. In June, customs officials in Nanjing found through tests for clenbuterol that Canadian suppliers had bought pork from the US and resold it to China, impacting future orders to the North American country.