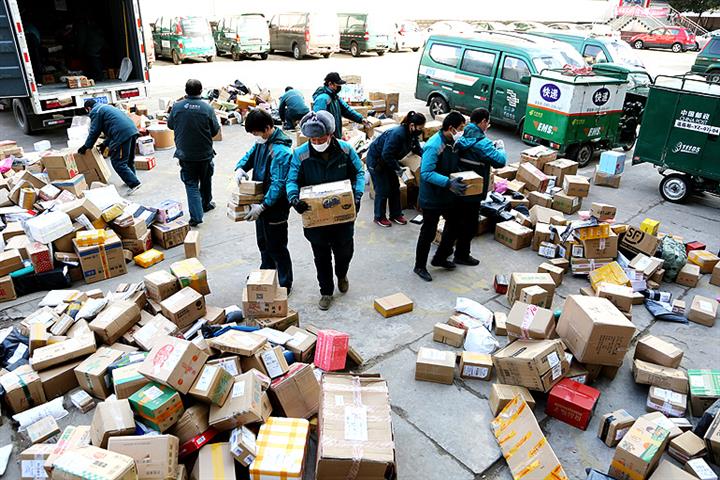 (Yicai Global) Sept. 22 -- New employment in China's postal and express sector tops 200,000 each year and it offers incomes above the societal average, Ma Junsheng, head of the State Post Bureau, said at a press briefing yesterday.

The rapid ascent of e-commerce and improvement of the postal delivery network in rural areas are both key factors underlying the swift growth of new jobs in the field, Ma added.

Only 150 parcels are necessary to shore up a job and many couriers are needed to cope with the rising volume of parcels, Ma noted. A labor force is also in demand to ensure the setup and provision of services of express terminal points.

An increase in the express delivery volume is impossible without the development of rural e-commerce, Ma said. Enhanced express networks in rural networks not only swell employment, but also raise incomes among the local populace by bringing many of their local specialties to cities.

Up to 50 billion parcels were delivered nationwide in just over eight months this year, Ma said. Rural areas' volume grew at a rate over 10 percentage points higher than that in cities to reach 20 billion in the period, more than the total for all of last year.

China’s express firms sent their 50 billionth parcel of the year on Sept. 10, attaining this milestone earlier than in previous years as the Covid-19 pandemic spurred online buying. Deliveries reached the 50 billion-mark only by early November last year.