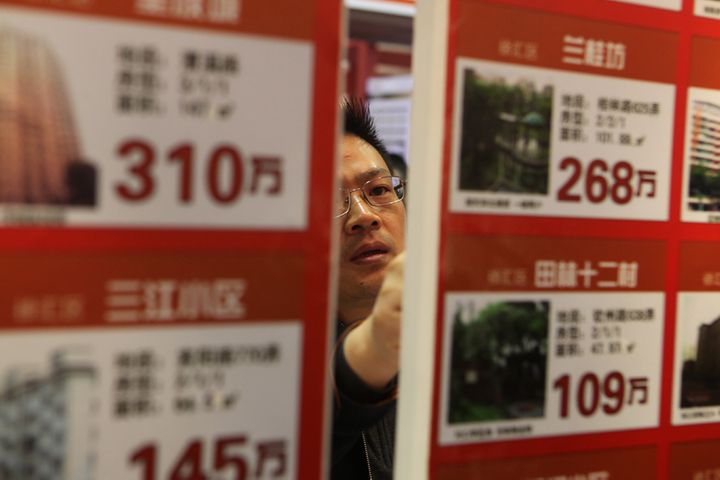 (Yicai Global) July 15 -- The price of a pre-owned home fell in 20 out of 70 mid-sized and large Chinese cities last month for the first time this year, according to data released today by the National Bureau of Statistics, as the authorities continue to roll out measures to curb speculation.

China introduced 251 real estate regulations in the first half, 31 percent more than in the same period last year, statistics show.

Resale prices reflect market changes faster than the data for new homes, which comes out later, Zhang Dawei, chief market analyst at Centaline Property Agency, told Yicai Global. The main reason for the price adjustment, clearly seen in May and June, was an expectation for tighter policies, he added.

Resale prices in the four first-tier cities of Beijing, Shanghai, Shenzhen and Guangzhou remained stable, said Liu Jianwei, a senior statistician at the NBS. Prices in Beijing and Guangzhou were the same as in June, while those in Shanghai and Shenzhen fell by 0.1 percent.

Meanwhile, prices in 31 second-tier cities rose 0.3 percent in June from May, but the rate slowed 0.2 percentage point. Prices rose 0.7 percent in 35 third-tier cities, with the growth rate up 0.1 point from May, according to the NBS.

Last month's numbers show that first- and second-tier cities have once again entered an adjustment period and this will continue into next month if China does not release any significant credit easing policies, Zhang said.

June was a slow month for the property market which led to price declines or slower gains, said Yan Yuejin, research director at think tank Shanghai Yiju Real Estate Research Institute. The government is likely to continue to regulate and control real estate speculation in second-tier cities since the potential demand for homes there is still very high, Yan added.