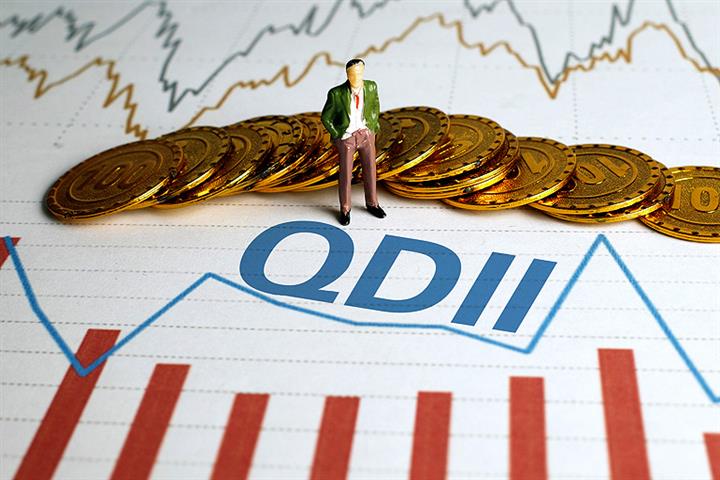 Some qualified domestic institutional investor funds, including the Guotai Nasdaq 100 Exchange Traded Fund, have recently announced suspensions of large subscriptions, which is likely to be prompted by the tight foreign exchange quota and the excess growth of the funds' scale, according to industry insiders.

This year, some 293 QDII funds, or 78 percent of the total, recorded negative returns as of yesterday, according to data provider DataYes. However, investors seem to be buying the dip. Some 23 of the 30 fastest-growing QDII funds in the first quarter are down this year.

The ChinaAMC Hengsheng Internet Science and Technology Industry ETF QDII grew by CNY4.5 billion (USD670 million) in subscription scale in the first quarter but its capital market performance slumped 17.2 percent as of yesterday.

The Hong Kong market was impacted by China’s mainland and developed overseas markets, said Xu. Shares of companies whose business relies on China dived amid delisting concerns, driving the Hang Seng Tech Index tracked by the fund to decline by 15.9 percent in the first quarter, he added.

For internet companies, the downward trend may change. High-level government officials have recently voiced their support for the development of the internet industry, including the platform economy, indicating that the sector's regulation is likely to turn a corner from a tight cycle to a loose one, said Xia Haoyang, manager of the GF CSI Overseas China Internet 30 ETF.

The government is gradually lifting policies that have been limiting listed internet companies' expansion so their capital market performance should recover this year, Xia added.