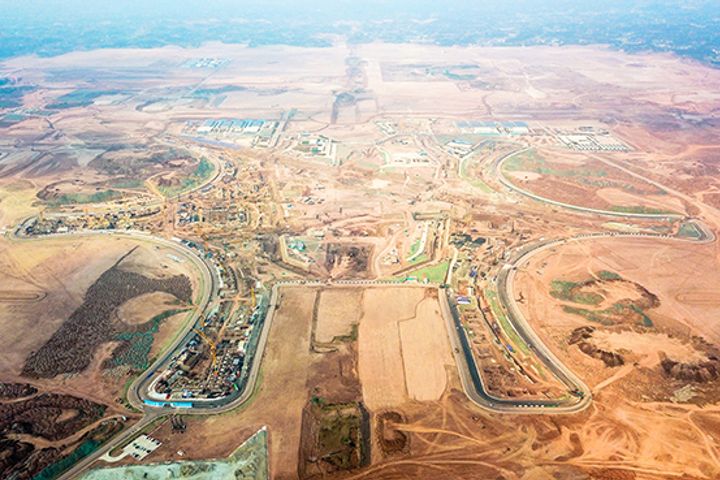 (Yicai Global) May 22 -- State-owned China Railway Construction Corp. has begun building work on the terminal for Tianfu International Airport, which will be southwestern China's biggest hub when completed in 2020 and make Chengdu the third Chinese city after Shanghai and Beijing to have two international airports.

The first phase is scheduled for completion next year, with the airport fully finished by 2020, state-backed news agency Xinhua reported a project manager as saying. The terminal covers an area of ​​1.3 million square meters in Sichuan province and is more than double the size of Chengdu's first.

Total spending on the first phase has reached CNY71.9 billion (USD11.2 billion), representing the largest investment in the province's history. Preparations kicked off in early 2011 and construction started in 2016. The airport will be able to handle as many as 40 million passengers by 2025 and 90 million by 2045.

Chengdu, the capital of Sichuan province, is one of the fastest-growing cities in the southwestern region and is a major tourist destination. The city is well known for its spicy Sichuan food and its panda-breeding center. Its existing hub, Chengdu Shuangliu International Airport, has two terminals covering an area of 500,000 square meters, with an annual handling capacity of 50 million passengers.