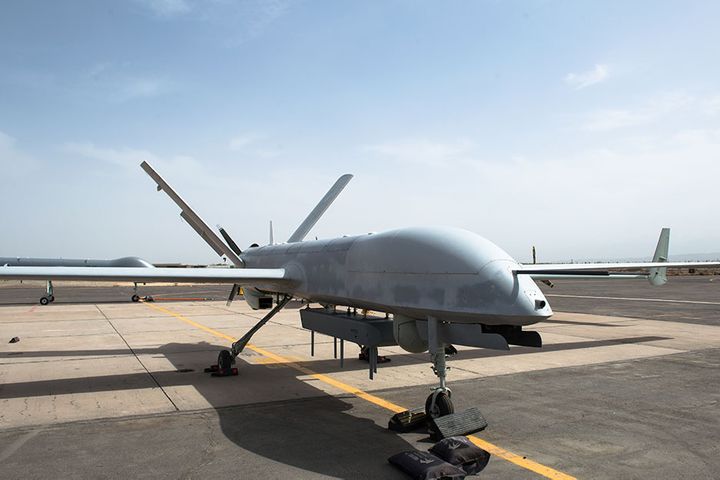 (Yicai Global) Oct. 24 -- Rainbow Unmanned Aerial Vehicle Technology's Taizhou, Zhejiang province factory assembled its first Rainbow-4 drone and completed a test flight of the UAV in a sign the construction of the large and medium-sized civil drone plant is concluding its gearing-up phase.

The first Rainbow-4 drone was successfully assembled at the base and delivered after the test flight to Taizhou Airport. The maiden flight lasted 48 minutes and covered 95 kilometers, which met the aircraft's design requirements, Aerospace CH UAV, the parent company, said in a statement yesterday.

The drone will be the first delivery in a contract Rainbow UAV Technology and National Geomatics Center of China concluded in November, which has a value of CNY157 million (USD22.2 million) and which includes seven emergency mapping drones, per the statement.

The Taizhou facility, which will complete equipment commissioning and start trial production by the end of this year, will boost the company's medium and large drone production capacity, per the statement, which offered no further details.

Aerospace CH UAV is one of the few Chinese companies that has mastered large and medium sized civil drone technologies and translated these into production. The company showcased its CH series military drones at the 12th China International Aviation and Aerospace Exhibition in Zhuhai last year. The firm changed its name from Nanyang Technology to its current one in December.