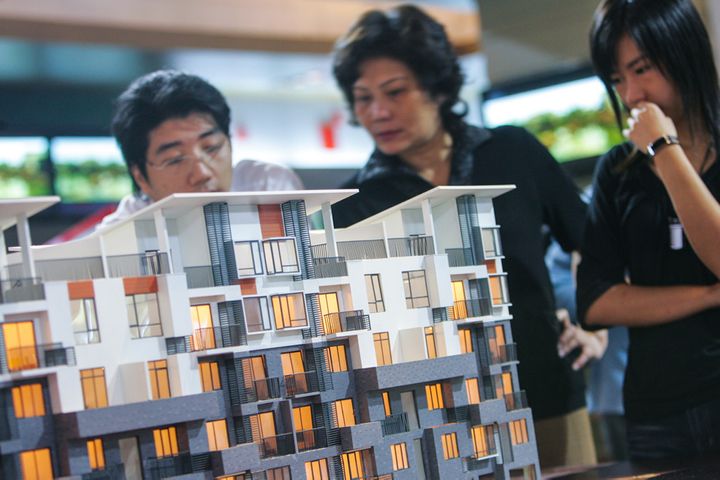 (Yicai Global) May 15 -- Chinese investment in real estate expanded 11.9 percent to CNY3.42 trillion (USD497.6 billion) from January to April this year, the highest increase during cumulative periods over the past 12 months.

The growth was 0.1 percentage point higher than that of the first quarter, according to data from the National Bureau of Statistics.

Property development statistics for the first four months are better than expected indicating that real estate firms have a good financial status and have been proactively seeking out business, Yan Yuejin, research director at the Shanghai Yiju Research Institute think tank, told Yicai Global. Some cities have rolled out preferential policies for house-buying to attract talent and firms are much more confident in the market, he added.

The volume of residential and commercial properties sold fell 0.3 percent to 420.9 million square meters in the first four months, up 0.6 percentage point from a decrease in the first quarter.

The volume of house sales in April expanded 1.3 percent to 122.56 million square meters, indicating a recovery.

The market was sluggish in January and February, said Zhang Dawei, chief analyst at Centaline Property Agency, adding that some cities have gradually eased macro-control policies and made it easier to secure credit, resulting in a recovery over the past two months.

With the recovery of the market, some popular cities especially eastern second-tier hubs such as Hangzhou, are likely to resume intensified macro-controls in the market, he said, adding that such a policy was issued in Jiangsu province capital Suzhou on May 11 restricting second-hand sales in a local industrial park.