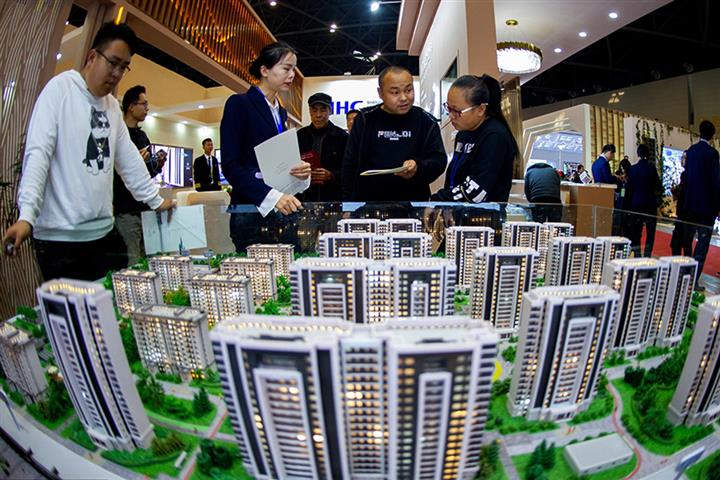 (Yicai Global) June 16 -- The area of property sold and revenue generated from such sales rose in China for the first time last month since the Covid-19 outbreak, according to official data, and could be on track to push this year’s overall sales to a number similar to last year’s total.

Nationwide sales of commercial housing rose 9.66 percent annually in May to 147 million square meters, figures published yesterday by the National Bureau of Statistics show. The total value of sales jumped more than 14 percent to CNY1.44 trillion (USD203 billion), with prices rising in 70 percent of all cities across the country, the most in the past seven months.

May’s figures were on par with pre-pandemic levels and the entire market rebounded from a downturn, China News Agency cited Zhang Dawei, chief analyst at Centaline Property Agency, as saying. The property market will continue to run at a high level this month and the annual transaction volume should come close to last year’s record high, he added.

Prices in 57 of China’s 70 large and medium-sized cities grew for new-build sales from April to May, and 41 of the cities saw an increase in prices for second-hand homes. Beijing and Shenzhen marked the biggest rise in second-hand home prices at 1.8 percent and 1.6 percent.