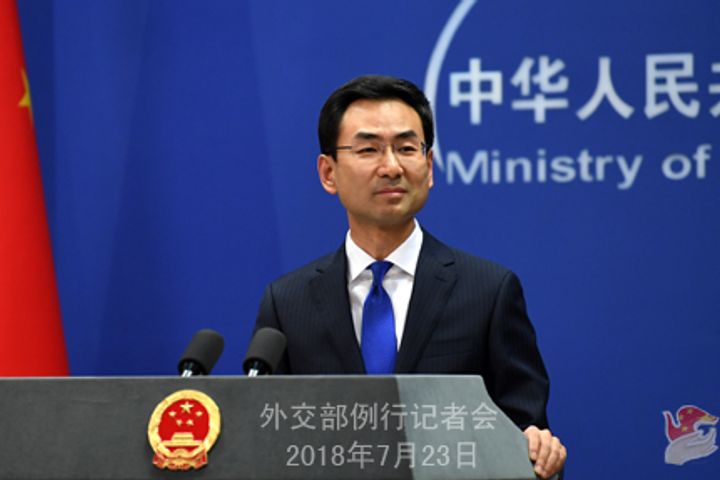 (Yicai Global) July 24 -- China on Monday said it has no intention to spur exports through competitive devaluation of its currency, rejecting the United States' accusations of manipulating the exchange rate of the yuan.

"The yuan's exchange rate is mainly determined by market supply and demand," Foreign Ministry Spokesperson Geng Shuang told a press briefing. "It floats in both ways, which means there are ups and downs."

Currently, the good fundamentals of China's economy provide strong support for the exchange rate of the yuan to remain generally stable.

U.S. Treasury Secretary Steven Mnuchin said last week the United States was monitoring the recent weakness in China's currency yuan and would review whether it had been manipulated.

"As for the United States willfully igniting a trade war, China remains resolute and clear in its stance that it does not want a trade war, but is not afraid of and will fight one when necessary," Geng said.

The U.S. has threatened to impose tariffs on more than 500 billion U.S. dollars of goods imported from China.

"Threats and intimidation will never work on China. We are capable of and confident in safeguarding the interests of the Chinese people," said the spokesperson.

He also said, "we advise the United States to remain calm and handle and solve related issues with a rational attitude."