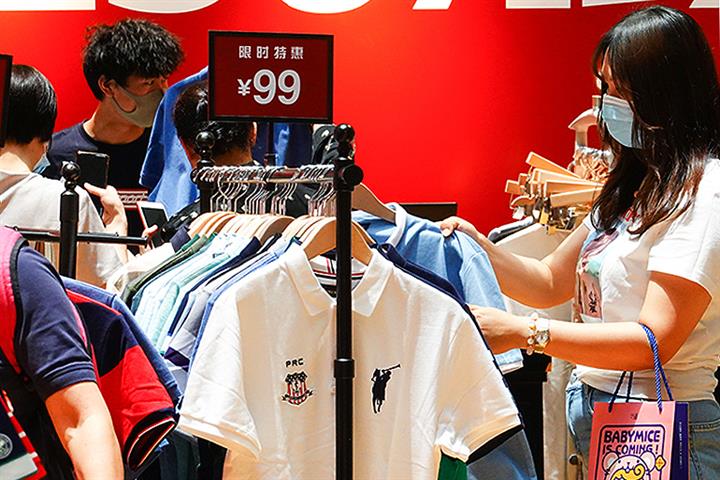 (Yicai Global) Sep. 15 -- China's total retail sales of consumer goods were up 0.5 percent year on year in August, turning positive for the first time this year as spending picks up in the aftermath of the Covid-19 pandemic.

Some CNY3.36 trillion (USD495.5 trillion) was spent on consumer goods last month, according to figures released by the National Bureau of Statistics today.

Between January to August, the total retail sales of consumer goods decreased 8.7 percent from a year earlier, narrowing the decline in the first seven months by 1.2 percentage points.

Online retail sales of physical goods were up 9.5 percent in the first eight months of the year to CNY7 trillion, a gain of 0.5 percentage point from the period January to July.