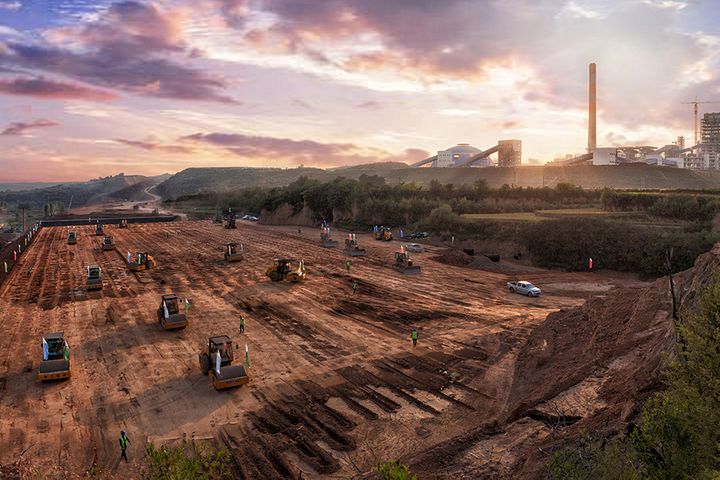 Industrial output gained just 4.4 percent in August from a year earlier, slipping from 4.8 percent in July, according to the National Bureau of Statistics. That is the gentlest pace in 17 1/2 years.

Pressures on the economy were partly to blame, NBS spokesperson Fu Linghui said at a press conference in Beijing today. The headline figure was also hit by one-off factors such as one fewer working day in August compared with the same month last year and three typhoons, 1.2 more than the average number, making landfall.

But industrial production will remain stable thanks to a number of factors, Fu said, including this year's substantial tax and fee cuts. Enhanced efforts in counter-cyclical policy adjustments, the recent introduction of a market-oriented loan prime rate mechanism, an easing of banks' reserve requirement ratio and other measures will help to support industrial firms, he added.

Increases in infrastructure investment were not high previously. Fu said that was mainly due to the impact of big tax and fee cuts on local government revenues. Faced with this, the central government stepped up support by further increasing the issuance of local special bonds, and it will issue some new special bonds for next year in advance, which will boost infrastructure investment growth.

Fu also said that China's infrastructure development still has great potential on the whole. Data show that the current per capita level of fixed asset stock is equivalent to just 20 percent to 30 percent of developed countries, and in the areas of livelihood and regional development there is strong demand for investment.

Infrastructure construction has perked up, but investment in real estate development has dropped for three months in a row, Wanbo's Liu said. The sector has been unable to support China's economic growth momentum, and is expected to fall back, curbing the growth of fixed asset investment.

According to the NBS, spending on property development in January to August was CNY8.46 billion, up 10.5 percent annually and 0.1 point lower than in the first seven months. It was also the fourth straight month that property investment slowed.