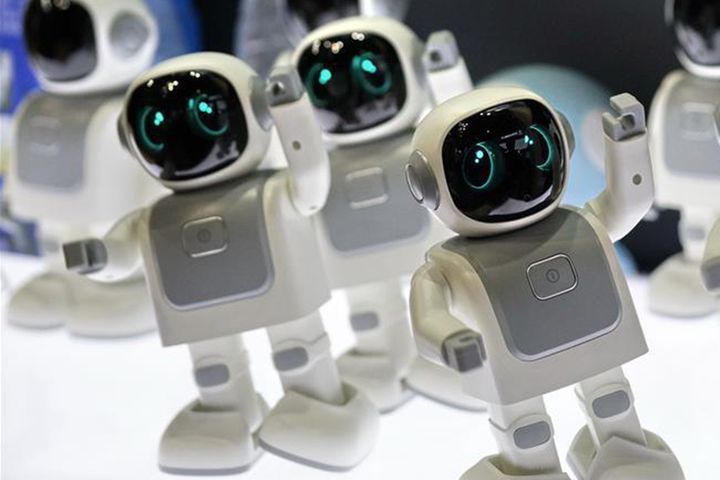 (Yicai Global) Aug. 22 -- China's market for robots is expected to expand faster than the global average this year to reach USD8.68 billion, according to a new report released at the World Robot Conference 2019, which opened in Beijing yesterday.

Between 2014 and this year, the market in China likely grew at an average annual rate of 20.9 percent, compared with 12.3 percent for the global market, which could be worth USD29.41 billion by year-end, Beijing News reported, citing a report on the development of the country's robotics industry by the China Institute of Electronics.

By segment, the domestic industrial robots market may hit USD5.73 billion this year, accounting for about a third of global market share and making China the world's largest market for such robots. The home market will expand to more than USD7 billion by 2021, the report shows.

China's market for service robots may gain 33 percent from a year earlier to USD2.2 billion in 2019. With the rapid development of robots for use in places such as parking lots and supermarkets, that figure is projected to increase to nearly USD4 billion by 2021.

The national market for special robots that deal with quakes, floods and extreme weather, as well as mining disasters, fires and public security incidents is forecast to be USD750 million this year, a 17.7 percent gain. By 2021, that is likely to exceed USD1.1 billion.

The report also outlined the sector's development level in China's regions. Some 15 robot industrial parks are located across the Yangtze River Delta region, where sales were more than CNY12.4 billion last year, the highest in the country. This was followed by the Pearl River Delta, where sales reached CNY10.85 billion, with Shenzhen leading on CNY6.7 billion.